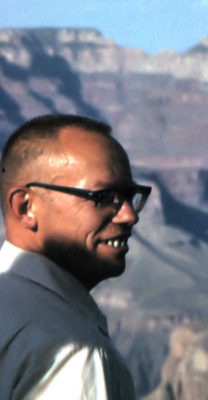 Ralph E. Juergens (6 May 1924 – 2 November 1979)[1]”In Memoriam: Ralph Juergens”, Kronos Vol. V No. 2 (Winter 1980) is notable for his contributions documenting the so-called “Velikovsky Affair”,[2]”The Politics of Science and Dr. Velikovsky”, a special issue of the American Behavioral Scientist, September 1963. with co-authors Alfred de Grazia and Livio Stecchini. He subsequently developed of a hypothesis in which the Sun and stars are electrically powered, contrary to the standard view that the Sun powered by nuclear fusion. While the “Electric Sun” hypothesis has received unfavourable review,[3]See “Tim Thompson Responds to Thornhill“; “On the “Electric Sun” Hypothesis“; “Neo-Velikovskianism/The Electric Universe“, it has become a core component of the non-mainstream Electric Universe hypothesis.[4]”The Electric Universe model follows the brilliant work of Ralph Juergens in which stars are manifestations of a cosmic glow discharge” in “Stars in an Electric Universe”, Aeon V:5 (Jan 2000) by Wallace Thornhill Juergens was trained as a civil engineer, received a B.S from Case Western Reserve University, and resided in Arizona. He also worked as an editor in the publications division of McGraw-Hill, inc.[5]The Velikovsky Affair, Alfred de Grazia, Ralph Juergens, Livio Stecchini. From the dust flap, and was an Associate Editor of Pensée magazine, and a Senior Editor of Kronos journal.

Juergens retired in 1960 and moved from the Midwest to Hightstown, near Princeton, to pursue and become involved with the work of Immanuel Velikovsky.[6]”The Third World of Science” in Cosmic Heretics by Alfred De Grazia (1984) ISBN: 0-940268-08-6. Shortly after, Velikovsky recommended to writer Alfred de Grazia, that Juergens become science editor on the book they planned of Velikovsky’s story, and Livio Stecchini to write a historical portion. In 1963, articles by de Grazia, Juergens and Stecchini appeared in a special Sep 1963 issue of the American Behavioral Scientist,[7]American Behavioral Scientist, Sept 1963 and a book in 1966, The Velikovsky Affair: Scientism against Science.[8]The Velikovsky Affair (1966), by Alfred de Grazia (Editor), by Alfred de Grazia (Editor), with contributions by Ralph Juergens, Livio C. Stecchini, Alfred de Grazia, Immanuel Velikovsky Inspired by Velikovsky’s work, “The Foundation for Studies of Modern Science” was inaugurated on June 2, 1968 by de Grazia, Richard P. Kramer, Stecchini, and Juergens, with Horace Kallen, Harry H. Hess, A. Bruce Mainwaring, John Holbrook Jr., Robert C. Stephanos, and Warner Sizemore as trustees.

In 1972 Juergens first published in the magazine Pensée, an article “Reconciling Celestial Mechanics and Velikovskian Catastrophism” in which he highlights the idea that:

“.. the interplanetary medium suggest not only that the sun and the planets are electrically charged, but that the sun itself is the focus of a cosmic electric discharge — the probable source of all its radiant energy.”[9]Ralph Juergens, “Reconciling Celestial Mechanics and Velikovskian Catastrophism”, Pensée, Vol. 2 No 3: (Fall 1972) “Immanuel Velikovsky Reconsidered II”

“In August 1972 Ralph Juergens introduced the concept of the electrically powered Sun.(1a)[12](1a) R. E. Juergens, “Plasma in Interplanetary Space: Reconciling Celestial Mechanics and Velikovskian Catastrophism,” Penseé IVR II (Fall 1972), pp. 6-12; Velikovsky Reconsidered (N. Y., 1976), pp. 137-155. First presented at the Lewis & Clark Symposium, Portland, OR, August 15-17, 1972. He was inspired by Immanuel Velikovsky’s contention that electromagnetic forces played a crucial role in sculpting the surfaces and shaping the orbits of the bodies of the solar system; (1b)[13](1b) I. Velikovsky, “Cosmos Without Gravitation” (N. Y., 1946); Worlds in Collision (N. Y., 1950). by Melvin Cook’s attempts to unify the electromagnetic and gravitational fields; (1c)[14](1c) M. A. Cook, “Quasi-lattice Model of Plasma and Universal Gravitation” (Univ. of Utah 6/2/58), Bulletin Vol. 48, No. 18 (also Bulletin No. 93 of the Utah Engineering Experiment Station); “Bands in Solids and Their Influence on Thermal Expansion and Compressibility, ” Appendix III in The Science of High Explosives (N. Y., 1958), see especially pp. 420-426. and by the voluminous literature of Charles Bruce intimating that the phenomena observed in stellar atmospheres could be described adequately by an electrical discharge model .(1d)[15](1d) C. E. R. Bruce, A New Approach in Astrophysics and Cosmogony (London, 1944); “Terrestrial and Cosmic Lightning Discharges” in Recent Advances in Atmospheric Electricity, L. G. Smith, ed. (London, 1959), pp. 461-468; “The Extension of Atmospheric to Space Electricity” in Problems of Atmospheric and Space Electricity, S. C. Coronti, ed. (N. Y., 1963), pp. 577-586; “Lightning, Novae, and Quasars, ” Letter to Nature 209, 798 (2/19/1966); “Successful Predictions of the Electrical Discharge Theory of Cosmic Atmospheric Phenomena and Universal Evolution, ” Electrical Research Association” (Leatherhead, 1968), Report No.5275; and many others.

“Juergens, however, went farther than all of his preceptors in electrifying both the cosmic bodies and their interactions. He perceived the astronomical bodies as inherently charged objects immersed in a universe which could be described as an electrified fabric.(1e)[16](1e) His theory assumes that cosmic processes involve the redistribution of electrical charges between bodies bearing different levels of one of the electric charges. Locally, that charge is chosen to be a “surplus” of electrons. Thereby all of the bodies within the solar system are considered to carry some surplus of electrons. This local “surplus”, however, also turns out to be a “deficiency” of electrons on the galactic scale. Any electric interaction between the galaxy and the solar system produces an electric current which takes ions to the galaxy and bring electrons to the Sun and its satellites. Such an interaction, Juergens claimed, was the source of the Sun’s radiant power. By it, the Sun’s charge level is brought continually closer to that of the galactic environment around the solar system. The charges appearing locally on cosmic bodies, he posited, arose from the separation of positive ions and electrons on a galactic scale.(1f)[17](1f) R. E. Juergens, “Galactic Space Charge and Stellar Energy,” SIS Review I:4 (Spring 1977), pp. 26-29; “S.I.S. vs Ralph Juergens, The Critics and Stellar Energy”, SISR II:2 (December 1977), pp. 46-51. Later, he discussed both the problems arising if the solar interior is truly the source of stellar energy (1g) and the nature of the phenomena observed as the solar photosphere.(1h) The two papers cited in notes (1g)[18](1g) R. E Juergens, “Stellar Thermonuclear Energy: A False Trail?“, KRONOS IV:4 (Summer 1979), pp. 16-25; plus Editor’s Note by L. M. Greenberg, Ibid., pp. 25-27. and (1h)[19](1h) R. E. Juergens, “The Photosphere: Is it the Top or the Bottom of the Phenomenon We Call the Sun?“, KRONOS IV:4, pp. 28-54. were the last he published about the electrical Sun before his untimely death in November of 1979.” (References in original)

“In the first of his papers, Juergens related the Sun’s ability to modulate the incoming flux of cosmic rays (which are protons impinging upon the solar system from all directions at relativistic velocities) to the Sun’s driving potential, its cathode drop.(1i)[20](1i) R. E. Juergens, Penseé II, op. cit., p. 11. He estimated that a value in excess of 10 billion volts would suffice. From the flux of solar wind protons observed at the Earth’s orbit, he calculated that a 1015 ampere solar wind current was flowing because of the solar discharge.(1j)[21](1j) R. E. Juergens, SISR I:4, p. 28. He assumed a disc-like solar wind sheet, only two solar diameters thick at the Earth’s orbit, to arrive at this (order of magnitude) estimate. Based upon measurements made by several space probes, the actual wind sheet is much thicker. At thirteen solar diameters above or below the ecliptic, the density of the solar wind is reduced by about 37% around the time of sunspot minimum; toward maximum there is little difference in the density with latitude (over the range noted here). See M. Dobrowolny and G. Moreno, “Latitudinal Structure of the Solar Wind and Interplanetary Magnetic Field,” Space Science Reviews 18, 685-748 (1976), especially pp. 690 and 693. The solar luminosity of 3.9 x 1026 watts seemingly requires a discharge current which exceeds that of Juergens’ estimate by forty fold, but since both the cathode drop and the discharge current values he chose were minima, the power shortage is not likely serious, as either or both values can be adjusted to erase the deficit without affecting the credibility of his arguments.

“Then, Juergens showed that the solar photosphere can be compared to a “tufted anode glow” in an electric discharge tube.(1k)[22](1k) R. E. Juergens, KRONOS IV:4, pp. 28ff. The tuft forms because the body of the Sun, immersed in the interplanetary plasma, which at its inner boundary is the weakly luminous outer solar region called the corona, cannot maintain an electrical discharge into the surrounding electrified galactic space. Juergens noted that the problem could arise from any one or more of the following conditions: (1)the solar body forms too small a surface to conduct the current required for the discharge, (2) the surrounding plasma is too “cool”, (1l)[23]A “cool” plasma is one where the drift velocity, imposed upon the plasma by the local electric field, is small compared to the random velocity (of the ions or of the electrons) characteristic of the temperature of the plasma. and/or (3) the cathode drop is too large. The “anode tuft” detached from, and now lying above, the “surface” of the solar body increases the effective surface area over which the Sun can collect electrons. Within the “tuft”, volatile material – vapourized from the Sun – increases the gas density and contributes large numbers of extra electrons because, now, many of the frequent collisions between the gas atoms result in ionization.”

“The known characteristics of the interplanetary medium suggest not only that the sun and the planets are electrically charged, but that the sun itself is the focus of a cosmic electric discharge — the probable source of all its radiant energy.”[24]Ralph Juergens, “Reconciling Celestial Mechanics and Velikovskian Catastrophism”, Pensée, Vol. 2 No 3: (Fall 1972) “Immanuel Velikovsky Reconsidered II”

“Dr. Cook does not mention it, but it would seem that he has many years’ priority over me in suggesting that the sun may be electrically powered. In his 1958 monograph, The Science of High Explosives, is an appendix in which he points out that “the kinetic energy of accretion” of electric charge on the sun per unit time should be of the same order of magnitude as the sun’s rate of radiating energy. He adds: “Apparently one thus has a likely explanation for the solar constant rate of energy emission that need not include, or is at least approximately of the same relative importance as, the generation that is supposed to be taking place in the core of the sun.”[25]Ralph Juergens (in reply to Melvin Cook), “On Celestial Mechanics”, Pensée Vol. 3 No 1: (Winter 1973) “Immanuel Velikovsky Reconsidered III”