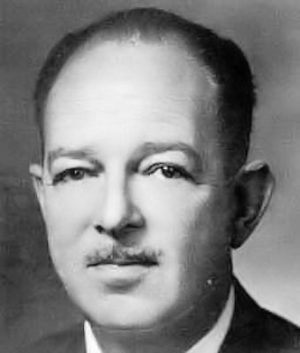 Harry Hammond Hess (May 24, 1906 – August 25, 1969) was a World War II U.S. Navy officer, and marine geologist. He joined Princeton University in 1934 where he became chairman of the Geology Department. After Velikovsky moved to Princeton in 1952, they became friends. When Hess died, Velikovsky commented:

“In Hess’ passing I lost the only member of the scientific elite who demanded a fair treatment for me and my work”[1]Immanuel Velikovsky, “H. H. Hess and My Memoranda”, Pensée Vol. 2 No 3: (Fall 1972). Text online at the Velikovsky Archive

“We are philosophically miles apart because basically we do not accept each other’s form of reasoning — logic. I am of course quite convinced of your sincerity and I also admire the vast fund of information which you have painstakingly acquired over the years.

“I am not about to be converted to your form of reasoning though it certainly has had successes. You have after all predicted that Jupiter would be a source of radio noise, that Venus would have a high surface temperature, that the sun and bodies of the solar system would have large electrical charges and several other such predictions. Some of these predictions were said to be impossible when you made them. All of them were predicted long before proof that they were correct came to hand. Conversely I do not know of any specific prediction you made that has since been proven to be false. I suspect the merit lies in that you have a good basic background in the natural sciences and you are quite uninhibited by the prejudices and probability taboos which confine the thinking of most of us.

“Whether you are right or wrong I believe you deserve a fair hearing.”[2]Letter, March 15, 1963, “H.H. Hess to Immanuel Velikovsky” at the Velikovsky Archive

“On December 5, 1956, Velikovsky gave Professor Harry Hess a memorandum describing several projects which he felt should be included in the IGY Geophysical Year program. .. Hess sent Velikovsky’s memo to Dr. Joseph Kaplan who was one of the scientific organizers of the International Geophysical Year”. ..

“In 1963, Hess was president of the American Geological Society and chairman of the Space Science Board. During his continued friendship with Velikovsky, Hess suggested to him that he put together a new program for space investigation. Velikovsky responded without delay. On September 11, 1963, Velikovsky sent Hess a four-page memorandum containing 28 propositions to be included in the program of space probes for the rest of 1963 and the following years .. Velikovsky’s proposed tests went unheeded”[3]Dwardu Cardona, “Antiquated Textbooks: Redesigning the Solar System”, Aeon V:6 (Aug 2000) [4]Ibid. velikovsky 1972