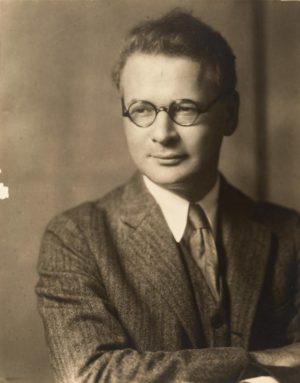 Horace Meyer Kallen (11 Aug 1882 – 16 Feb 1974) was a Jewish-American philosopher, and life-long friend of Immanuel Velikovsky, and also of Harlow Shapley who had organized a campaign against Worlds in Collision.

Velikovsky “met with other notables such as Supreme Court justice Louis Brandeis and judge Morris Rothenberg, who introduced him to Horace Kallen, one of the founders of the New School for Social Research (which at about the same time as Velikovsky’s arrival opened its classrooms to another newly-arrived analyst-émigré with pronounced ideas of his own, Wilhelm Reich). Kallen became one of the few leaders of the American intellectual establishment to publicly support Velikovsky’s activities. In Kallen’s own words, he was one of “the tasters mentioned to protect [astronomer Harlow] Shapley from intellectual poisoning” from the fruits of Velikovsky’s labor”.[1]Duane Vorhees, “Velikovsky in America”, Aeon III:4 (Dec 1993)

In his book, Redeeming Culture:, James Gilbert includes a chapter “Two Men of Science” which:

“traces the reaction of two eminent men of science — Horace Kallen, the philosopher of democratic pluralism and student of William James, and the Harvard astronomer Harlow Shapley — to the scientific fabrications of Immanuel Velikovsky”.[2]James Gilbert, James Burkhart Gilbert, Culture: American Religion in an Age of Science, Published by University of Chicago Press, 1997, ISBN 0226293203, 9780226293202, 407 pages