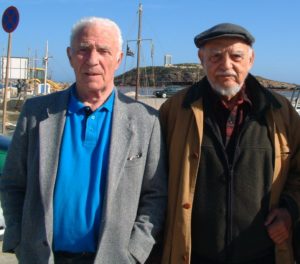 Formation of the S.I.S.

“Well, there was only one person to write to and that was Velikovsky himself. So I sent off a letter to Velikovsky asking various things. One of the questions I put to him was .. there might be someone I could contact here: had anyone from the UK written to him? ..

“A little later I wrote a second letter to Velikovsky, asking for UK contacts. .. Velikovsky wrote back in his own hand to say that Pensée was being published and to suggest that I subscribe to that, which of course I did pronto. .. I decided to write to the Editor of Pensée, Steve Talbott. .. I eventually had a favourable answer from him: he sent me a list of four names. ..

“Talbott’s letter came in with four names, including those of Euan MacKie, Brian Moore and Martin Sieff, so I wrote to them. There were telephone calls, more telephone calls, exchanging of notes and eventually on 5th November 1974 (notice it was Guy Fawkes day) we had a meeting in London to see whether we got on together and whether it would be feasible for us to form a Society. We Moore, Seiff & MacKie met in Piccadilly and decided to go to the carvery of the then very posh Regent’s Palace Hotel where we had a meal over which we would mull over things. And lo and behold! we all spoke the same language, all had the same ambitions. If America could turn out a Pensée, and it obviously had a good subscription list, there must be other people in Britain whowould want to know about Velikovskian happenings, so we decided to have a shot at it. I became the acting Secretary, Organiser and, as I noted earlier, first Editor.”[1]”The SIS, its history and achievements: a personal perspective”, SIS Chronology & Catastrophism Review (1994) “Proceedings of the 1993 Cambridge Conference”

“Independent of Velikovsky, but basing their work on his, Harold Tresman and Bernard Newgrosh (writing under the name of Brendan O’Gheoghan), also came to the conclusion that Earth must have once been a satellite of Saturn,(3)[3] a topic to which Tresman has more recently returned.(4) [4]H. Tresman, “Geological Genesis“, C & C Workshop 1992:2, pp.4ff. Online at Harold Tresman’s Web site Combining Velikovsky’s postulate with that of David Talbott and others, Frederick Hall embraced the same idea, presenting it in a speculative scenario concerning the history of the Solar System.(5) [5]F. F. Hall, “Solar System Studies,” Part 2, Aeon I:4 (July 1988), p.26.”

“The year 1977 marked the beginning of quantavolutionary publications about Saturn. Three articles appeared, written by David Talbott,[6]Talbott, David N. (1977), “Saturn: Universal Monarch and Dying God,” Report, Research Communications Network, Portland, Oregon. by Dwardu Cardona,[7]Dwardu Cardona, “The Sun Of Night”, Kronos Vol. III No. 1 (Fall 1977)[8]Dwardu Cardona, “Let There be Light”, Kronos Vol. III No. 3 (Spring 1978) and jointly by Harold Tresman and B. O’Gheoghan.[9]Tresman, Harold & B. O’Gheoghan (1977), “The Primordial Light,” SIS. Review No. 2 (December), 35-40. Online at Harold Tresman’s Web site A few months later, Velikovsky, who had inspired the studies in each case, without participating in them released a fragment of his manuscripts on Saturn. .. Saturn was a second sun, shining by day and night upon Earth. “[10]Alfred de Grazia, Chaos and Creation: An Introduction to Quantavolution in Human and Natural History, “Chapter Eight: Saturn’s Children” 1981 Metron Publications, ISBN 0-940268-00-0. Online at quantavolution.org

Richard Huggett, Reader in Physical Geography at the University of Manchester writes:

“Formed in 1974, the SIS is a response to a growing interest in the modern catastrophist canon. It publishes Chronology and Catastrophism Workshop and Chronology and Catastrophism Review, in which the spirit of Velikovsky lives on. As an example, a recent article by Harold Tresman (1993) offered a Velikovskian hypothesis of geological genesis. It explored the possibility, apparently suggested by mythology, that Earth was once a satellite of Saturn, and that a catastrophic disruption of the Saturnian system led to radical changes on the Earth. Like so many ‘foolish hypotheses’, Tresman’s is patently based on a few unconventional premises that are highly questionable.”[11]R Huggett, “Cranks, conventionalists and geomorphology“, Area, Volume 34 Issue 2, June 2002, Pages 182 – 189.