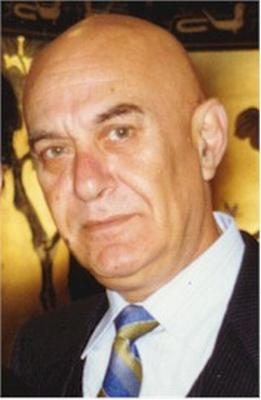 Dwardu Edward Cardona (1936 – 27 July 2016) was born, raised, and educated in Malta, Europe, from where he emigrated to Canada in 1959. Less than a year later, in mid-1960, he became involved in the study of catastrophism and the reconstruction of the Solar System’s cosmic history. He has, since then, acted as a Contributing Editor for Kronos and, later, as a Senior Editor for the same periodical, and as Editor of Aeon. He was a Founding Father of the Canadian Society for Interdisciplinary Studies (now defunct), and has acted as a consultant on mythology and cosmogony for Chronology and Catastrophism Review, which is the official organ of the British-based Society for Interdisciplinary Studies. He has also acted as the Series Editor for the Osiris Series of books sponsored by Cosmos & Chronos. He has also contributed articles to Frontiers of Science.

As a writer, Cardona has now published well over a hundred articles, notably on the “Saturn theory“, in various periodicals, as well as the books God Star (2006), Flare Star (2007), and Primordial Star (2009). He has additionally lectured at the University of Bergamo, in Italy, and at various organizations in Canada, the United States, and England. He presently makes his home, together with his wife Gaylia, in Vancouver, British Columbia, Canada.

On the Saturn Configuration

“For those who are not familiar with ‘the Saturnian configuration‘, the theory, bizarre in the extreme, can be reduced to its simplest form by positing that the planets Saturn, Venus, Mars and Earth were once much closer to each other. .. I make no apologies here for the fact that this theory was constructed on the basis of the mytho-historical record rather than from astrophysical considerations. ..

“The reconstruction of this model, together with its attendant event-filled scenario, is the fruit of decades of research – first by David Talbott and myself, later by Ev Cochrane and now Wallace Thornhill. For me, the impetus for this derived directly from the writings of Dr Immanuel Velikovsky, even though it led to the complete abandonment of Velikovsky’s own scenario. It has often been stated by those who now oppose Velikovsky’s Worlds in Collision cosmic scheme that the good doctor might have been incorrect in details but correct in his overall reconstruction. As the years went by, I came to the opposite conclusion and now claim that Velikovsky was correct in details but entirely wrong in his overall presentation. He had the pieces correct but, unfortunately, displaced them in time.”[1]Dwardu Cardona, “The Demands of the Saturnian Configuration Theory”, SIS Chronology & Catastrophism Review 2000:1 “Proceedings of the SIS Silver Jubilee Event”