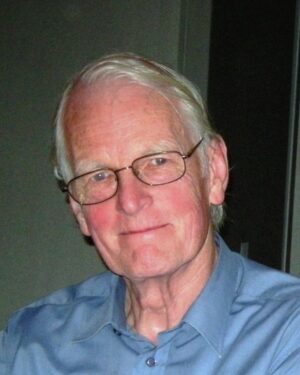 Euan Wallace MacKie (b. 10 Feb 1936, [1]”Dr Euan W Mackie“, at canmore.org.uk, Historic Environment Scotland. Retrieved 3 May 2017 d. 2 Nov 2020[2]Euan Wallace MacKie BA PhD FSA FSAScot (to 2017) at The Society of Antiquaries of Scotland, retrieved 21 Jul 2021) was an archaeologist and anthropologist, honorary research fellow, and semi-retired senior curator of Archaeology at the Hunterian Museum & Art Gallery at the University of Glasgow. He suggested radiocarbon dating as a method of quantitatively testing Velikovksy’s catastrophic theories. An article of his on Velikovsky, appeared in the British magazine, New Scientist in 1973.[3]Dr. MacKie, “A Challenge to the Integrity of Science”, New Scientist, January 11, 1973 In 1974, Euan MacKie, together with Brian Moore, Martin Sieff and Harold Tresman, co-founded the Society for Interdisciplinary Studies.

MacKie suggested that radiocarbon dating may be used to quantitatively test Velikovksy’s catastrophic theories that was read at the Velikovsky Symposium, Lewis and Clark College (Portland, Oregon), August 17, 1972, and subsequently printed in Pensée (1973). He writes:

“Velikovsky has put forward at least two, possibly three, major General Theories and a large number of Specific Theories stemming from them, all of which should be capable of being tested individually. .. It is possible, using radiocarbon dates, to devise a simple quantitative test for the First General Theory and for many of the specific theories stemming from it. “[4]Euan W. MacKie, “A Quantitative Test for Catastrophic Theories”, Vol. 3 No 1: (Winter 1973) “Immanuel Velikovsky Reconsidered III”