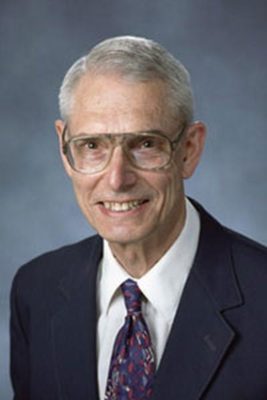 He delivered a paper at the Velikovsky Symposium, August 16, 1972, at Lewis and Clark College, on Venus’ atmosphere, (reprinted in Pensée)[3]”The Nature of the Cytherean Atmosphere”, Pensée Immanuel Velikovsky Reconsidered VI (Winter, 1973-4), and contributed an article criticizing Velikovsky‘s dating of the El-Amarna Letters.[4]”The El-Amarna Letters and the Ancient Records of Assyria and Babylonia”, Pensée Immanuel Velikovsky Reconsidered V (Fall 1973)

On the El-Amarna Letters

“In the closing chapters of Volume I of Ages in Chaos (Doubleday, 1952), Velikovsky presents extensive evidence and arguments to support his view that the famous el-Amarna tablets or letters date not from the fourteenth century B.C., as is commonly believed, but rather from the ninth century B.C.”

“.. barring serious, hitherto unsuspected errors in the transliteration and/or translation of proper names in the texts,or unless there is a remarkable “ghost” doubling of reigns and events in the accepted history of both Assyria and Babylonia, as Velikovsky contends is the case in Egypt, the evidence assembled here is clearly more in agreement with the conventional view of a fourteenth rather than a ninth century setting of the Amarna period.”

On the atmosphere of Venus

“At a time when quite contrary views prevailed, Velikovsky made the bold claim that Venus would prove to be extremely hot and that it has a massive atmosphere which in times past gave evidence of being rich in hydrocarbons. The first two parts of this claim have been remarkably vindicated, and at least an enormous quantity of oxidized carbon (CO2) has been demonstrated to be present in the Cytherean atmosphere.”

“.. the interrelated problems of the origin of the carbon dioxide, the possible presence of hydrocarbons — now and/or in the past, and the comparative lack of water in the atmosphere of Venus do not appear to have been adequately resolved.”[6]”The Nature of the Cytherean Atmosphere”, Pensée Immanuel Velikovsky Reconsidered VI (Winter, 1973-4)

“Through my reading of Dr. Velikovsky‘s publications and my correspondence with him, I have of course been well aware of his arguments for the presence of iron and sulfur in the clouds of Venus. His priority in the matter should have been noted in my discussion of proposals for the origin of the yellowish appearance of the planet, and I offer my sincere apologies to him and to readers of Pensée for not having done so. At some future date I hope he will present a more detailed discussion of the nature of the powerful discharges he proposes can transmute oxygen into sulfur.”[7]”A Concluding Note from Professor Burgstahler”, Pensée Vol. 4 No 1: “Immanuel Velikovsky Reconsidered VI” (Winter 1973-74)

“.. in respect to Velikovsky as a knowledgeable scientist, aside from “who is a scientist besides the self-elect,” Bauer underestimates Velikovsky totally. Let him ask Burgstahler (chemist), Motz (astrophysicist), someone like myself who knew Hess (geology), Hadas (linguistics), Lasswell (psychiatric psychologist), Cyrus Gordon (Near East Studies), Einstein (physics), Juergens (electricity), et al. Every last one will or would say that Velikovsky is not only a good scientist, but an imaginative one, and at home in a number of fields.”[8]Alfred de Grazia, “The Empire Strikes Back”, Cosmic Heretics (1984) Metron Publications, USA. ISBN 0-940268-08-6.