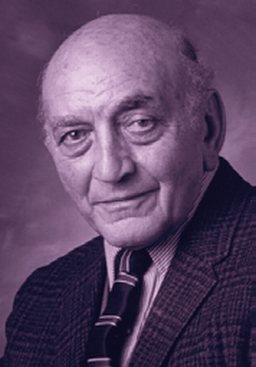 Lloyd Motz (June 5, 1909, Susquehanna, Pennsylvania — March 14, 2004, New York City)[1]U.S. Social Security Death Index at FamilySearch was an American astronomer. He graduated from the City College of New York 1930 and earned a Ph.D. in physics from Columbia University in 1936. With Prof. Valentine Bargmann, they acknowledged Velikovsky’s priority in predicting radio noises from Jupiter, although disagreeing with his theories.

“Although we disagree with Velikovsky’s theories, we feel impelled to make this statement to establish Velikovsky’s priority of prediction of these two points and to urge, in view of these prognostications, that his other conclusions be objectively re-examined.”

When writing the Epilogue of Worlds in Collision, Velikovsky recalls that:

“I visited Lloyd Motz, professor in the Astronomy Department at Columbia University, and showed him the pages intended as the concluding chapter of my book. There I gave a long series of physical phenomena unexplainable in the framework of existing theories. He went through the chapter carefully.

“I found Motz to be a man of clear thinking, good heart, and high principles. In order to protect him from later being accused of cooperating with a heretic, I suggested that his help take the form of paid private instruction. ..

“I returned to Professor Motz and told him of my conversation with Weizsäcker. I replaced the chapter with a few sentences in the Epilogue, which can be read on page 387 of Worlds in Collision (American edition). Motz agreed with this formulation. He read pages 384 to 388, the part of the Epilogue dealing with astronomical matters, and corrected what needed correction. This did not imply that he agreed with my theory or shared my skepticism concerning the accepted notions, but actually there was not a statement with which a most conservative astronomer would not agree”.[3]Immanuel Velikovsky, Stargazers and Gravediggers, “Writing The Epilogue”, 1983

“.. at the end of 1949 and beginning of 1950, I would, at intervals of five or six months, again and again return to Motz, trying to prove to him by enumerating a series of physical facts, some of them discovered since our previous meeting, that the accepted celestial mechanics could not be right in excluding electricity and magnetism from participation in the movement of the celestial “clock.” The arguments must have been much the same as those that I used in my letters to Einstein in August and September of 1952. Motz would patiently listen and remain adamant. I would describe the motion of the cometary tails and insist that the accepted explanation of this phenomenon as being due to the pressure of light was inadequate. I was trying to evince from Professor Motz the concession that this was a decidedly insufficient explanation that could not account for the observation of a large comet sweeping with its tail hundreds of millions of miles of space in a matter of a few hours, when going around the sun at perihelion. Yet, he would still try to explain it by the pressure of light.”[4]Immanuel Velikovsky, Before the Day Breaks, “Before the Forum” (unpublished). Online at the Velikovsky Archive

“Fully aware of the great gap in his knowledge and understanding of physics and astronomy, Velikovsky came to me in the early part of 1950, before Worlds in Collision appeared, to asked to be tutored in astronomy, a request that I had to reject. I agreed, however, to discuss his ideas critically and point out where he was wrong. This led to a series of interviews, telephone conversations, exchanges of letters, debates, and confrontations in journals. Two things were immediately clear to me: (1) Dr. Velikovsky was neither charlatan nor crank, but a dedicated, brilliant scholar whose historical investigations had led him to his non-Newtonian Solar System of dynamics, to which he stubbornly adhered until his death; (2) he had only the vaguest understanding of such basic physical principles as conservation of angular momentum, gravity, and entropy.” ..

“Since the scientific community on the whole was convinced that Velikovsky’s researches had no merit at all, whether historical or scientific, it completely disregarded his predictions, for which he was given no credit and which were never referred to or mentioned in the literature. It is no wonder, then, that Velikovsky became deeply embittered, frustrated, and accusatory. Whether his basic assumptions were correct or not, he felt that the truth of his predictions should be recognized and his prior rights to them acknowledged. As a last resort in his battle for recognition he appealed for fair treatment directly to individual scientists, among them the well known Princeton physicist, V. Bargmann, and myself. Recognizing the justice of his priority claims we therefore wrote a letter to the AAAS journal Science“[5]Lloyd Motz, “A Personal Reminiscence”, Aeon II:6 (1991)

“Although we disagree with Velikovsky’s theories, we feel impelled to make this statement to establish Velikovsky’s priority of prediction… a careless reading of Eric Larrabee’s article may leave the unwary reader with the false impression that Dr. Bargmann and I accept and agree with Dr. Velikovsky’s ideas… I do not support Velikovsky’s theory but I do support his right to present his ideas and to have these considered by responsible scholars and scientists as the creation of a serious and dedicated investigator and not the concoctions of a charlatan seeking notoriety… Dr. Velikovsky’s ideas do not constitute a new theory since they contain no new fundamental principles of nature…That there is no astronomical evidence nor electromagnetic forces of the magnitude required by Velikovsky’s theory… and that such forces of the required magnitude…would destroy the… completely verified laws of planetary motion are not accepted by Dr. Velikovsky as valid arguments against his ideas. Since… these… have led him to certain predictions…he is convinced that his ideas must be right. But… verified predictions alone do not validate a theory, and my position is that nothing has happened during the last decade to make Velikovsky’s theory any more acceptable now than… when…first published…however,…his predictions should be recognized and…his writings…carefully studied and analyzed because they are the product of an extraordinary and brilliant mind, and are based on some of the most concentrated and penetrating scholarship and research of our period…Dr. Velikovsky has performed a service to science in collecting the vast amount of data… and bringing clearly to the attention of the scientific community the many discrepancies that exist in our understanding of the history of our earth during the last geologic period.”[6]Harper’s Magazine, Letter from Lloyd Motz, October 1963[7]Also quoted in Lloyd Motz, “A Personal Reminiscence”, Aeon II:6 (1991)