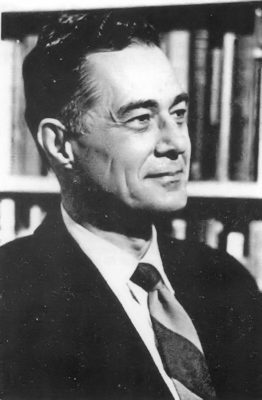 Roger Williams Wescott, (b. April 28, 1925 Philadelphia. d. November 21, 2000) was Professor of Linguistics in the Humanities Division of the Graduate School and Professor of Anthropology in the Social Science Division of the College of Liberal Arts at Drew University in Madison, New Jersey. He is credited with 600 publications including 40 books. He was also co-editor of the journals Futurics, Forum Linguisticum, and Mother Tongue, and is a past president of The Linguistic Association of Canada and the United States. He also describes himself as a saltationist and catastrophist.[1]Roger William Wescott, Predicting The Past: An Exploration of Myth, Science, and Prehistory, Kronos Press, Hard cover, 318 pages, ISBN 0-917994-16-7

“By the late 19th century, it had become clear that this binary opposition was too simple. Thomas Henry Huxley, Charles Darwin’s “public defender”, .. differed from Darwin on one important point. Where Darwin wholeheartedly accepted Charles Lyell’s gradualism, in accordance with which Earth’s history involved no precipitous changes, Huxley demurred, claiming that the appearance of new species was an example of what he called saltation — that is, abrupt innovation. Since saltations are not destructive, they cannot be subsumed under the heading catastrophe”.

“Meanwhile, continental scholars had further complicated evolutionary theory by introducing the term actualism, to designate the view, also embraced by Lyell, that “the present is the key to the past.” What actualists meant by this phrase is that those processes now observed to be transforming Earth’s surface, such as sedimentation and erosion, were primarily responsible for having done so in the past.” ..

“At this point, uniformism appears to exhibit two main components: gradualism, specifying the rate at which earth-changes occur, and actualism, specifying the processes producing those changes. Catastrophism now seems opposed primarily to actualism, since it posits sudden and violent mechanisms of change for the mild and continuous mechanisms called for by actualists. The most appropriate contrast to gradualism now seems to be saltationism (somewhat redundantly renamed punctuationalism by Stephen Jay Gould of Harvard), since gradualism requires a slow pace and saltationism a rapid pace of evolutionary development. What is needed now is a term that subsumes saltationism and catastrophism in a manner analogous to that in which uniformism subsumes gradualism and actualism. Since saltations and catastrophes share the element of sudden discontinuity, the cover-term that occurs to me is quantalism.”

“Diagrammatically, the relations between the six paradigmatic terms discussed above may be succinctly represented as below:

“By now it should be clear to the reader that I am, in most respects, a quantalist and, as such, both a saltationist and a catastrophist. But there are many varieties of quantalism and of its subcategories. In ancient Greece, Plato held catastrophist views, as did Lucretius in ancient Rome. So did Giordano Bruno during the late Renaissance and Georges Cuvier during the early 19th century. The most extensive quantalist investigations ever conducted by any scholar, however, seem to me to have been those of the Russian-American psychoanalyst Immanuel Velikovsky (1895-1979). The intellectual framework in terms of which I operate in this book is therefore primarily a Velikovskian one.

“To the extent that I depart conceptually from a Velikovskian framework, it is chiefly in being, so to speak, “more Velikovskian than Velikovsky.” To explain this phrase, I must refer briefly to the history of the psychoanalytic movement and of its founder, Viennese psychiatrist Sigmund Freud. Like many other intellectually fertile movements, psychoanalysis spawned “heretical” varieties, some of which returned to more traditional emphasis on social or religious concerns, in contrast to Freud’s own sexual focus. Others, such as the German-American philosopher Herbert Marcuse and the Austrian-American physician Wilhelm Reich, decided that Freud’s only shortcoming was a failure to pursue his own ideas to their logical conclusion. Where Freud’s analytic approach centered on ideas in the mind, Marcuse’s theoretical approach and Reich’s clinical approach centered on energiesin the body. Those, like Marcuse and Reich, who seemed to be “more Freudian than Freud,” came to be known as Meta-Freudians.

“On the analogy of this appellation, I refer to those Velikovskians who take Velikovsky’s ideas further than he himself was prepared to go, as Meta-Velikovskians. The two leading Meta-Velikovskians, as I see them, are the Canadian astrophysicist Earl Milton and the German social historian Gunnar Heinsohn. Where Velikovsky abridged ancient history by about 500 years, Heinsohn abridges it by about 2,000 years, dating civilization (as literate urban culture) no further back than the end of the second millennium B.C. And Milton not only continues this updating trend but retroactively accelerates it. Where conventional chronology now gives the solar system an antiquity of nearly five billion years, Milton accords it no more than one million years. Just as my own psychological outlook is Meta-Freudian rather than Freudian in the strict sense, so my cosmological outlook is Meta-Velikovskian rather than Velikovskian in the strict sense.”