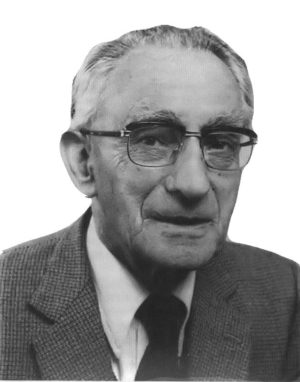 “Gallant argued that the seismic activity and climate changes which, according to the evidence provided by (Claude) Schaeffer, occurred at the times of the destructions Bronze Age Civilisation, were both likely to have resulted from large meteoritic impacts”.[4]Palmer, op.cit. p.120-121

“It is the author’s assertion that impact by meteorites over long stretches of geological time has played a vital and significant part in the history of our planet and the evolution of its life. ..

“.. that the impact of meteorites of planetary dimensions must have caused the Earth’s polar axis to shift, changes in the tempo of the Earth’s spin, and slips in the upper part of the Earth’s crust. The results must have been to change the face of the earth, to create mountain ranges, to alter climates and to slaughter species. Moreover these impacts must have released large quantities of lethal radiation which extinguished living species and permitted the appearance of new ones.

“If this were not dramatic enough, such catastrophes must also render questionable the work of the various “radioactive clocks” nowadays used to measure geological and prehistoric time on the assumption of a slow evolution. Nor can we escape the possibility that the theory of the gradual and orderly evolution of our planet and its living species may have been repeatedly disturbed by global cataclysmic events.[5]René Gallant, Bombarded Earth, John Baker Publishers Ltd, 1964

“Gallant spent .. 7 years (1957-1964) gathering material for Bombarded Earth published in 1964. His book was one of the first to espouse a scientific theory for geological and biological catastrophism — involving large meteorite impacts on Earth in the past. ..

“Since mid-1957, Gallant had been developing a synthesis to resynchronise historical facts from the time of the Neolithic to that of the Macedonian Empire, a period which had so mixed the peoples of the Near East. Such resynchronism had been inspired by the work of “two remarkable men – Claude Schaeffer 1898-1982 & Immanuel Velikovsky 1895-1979″

“Gallant .. attempted his own, equally interdisciplinary, examination of Schaeffer’s conclusions, that the great civilisations of Antiquity had been overshadowed by natural, but brutal, cataclysms over which they had no control. Schaeffer thought these were caused by enormous “ébranlements telluriques”, while Velikovsky, as is well known, gave them extra-terrestrial causes. Gallant proposed to study the whole problem in the light of the information which, in turn, archaeology, geology, palaeontology and astronomy might furnish. He had been inspired by Schaeffer’s book of 1948. Twenty-five letters from Schaeffer to Gallant survive, written between 1957 and 1963. These show that he and Schaeffer were in contact by February 1957, when Schaeffer was recommending Gallant read Velikovsky’s three books, even if they were written “avec trop de phantasie”. It has been wrongly claimed that it was Gallant who put Schaeffer in touch with Velikovsky37. Velikovsky records that he was already aware of Schaeffer’s book in 195138. On 2 May 1960 Schaeffer noted to Gallant that “les théories de bombardement des metéorites sont des plus importants et donnes de nouveaus possibilités de solutions … Nous savons si peu”.

“Another stimulus to Gallant’s researches came from reports of the work of Hans Pettersson and the Swedish Deep-Sea Expedition of 1947-1948 on the ocean depths which had reported ‘catastrophic’ results from the study of the ocean floors39. But Velikovsky’s claims, Gallant already thought, needed to be more ‘penetratingly’ examined.”[6]H.S. Torrens, “‘No Impact’ René Gallant (1906-1985) and his book of 1964 Bombarded Earth (An Essay on the Geological and Biological Effects of huge Meteorite Impacts)“, Earth Sciences History, v.17, no.2, 1998, pp.174-189

“.. opinions of the merits of this book have been as divided as opinions on the ‘meteorite-impact hypothesis’ as an explanation of mass extinctions in the geological record. In a letter to me (dated 23/9/1994) the pioneer of meteoritics, Robert Dietz (1914-1995) wrote that Bombarded Earth had “little scientific merit. It is the work of a rank amateur and, if anything, set the science of ‘impactology’ back”. William Glen, on the other hand, author of The Mass-Extinction Debates (1994) described it as “a catastrophist’s tour de force”6[7]William Glen, The Mass-Extinction Debates. (Stanford, Stanford University Press, 1994), p. 41..”[8]Ibid. torrens

“Historical documents of other countries also refer to the fact that the Pole Star of that time was one of the Great Bear.24[10] Thibaut, George Frederick William, Astronomie, Astrologie und Mathematik (1899), p. 6. Online at the Internet Archive

We are thus confronted with two contradictory statements:

One of the two must be wrong! Which? The ancient people who described what they saw, or the astronomers whose calculations were made 4,500 years later?

Clearly, if the people who lived around 2500 B.C. declared that, at that time, one of the stars of the Great Bear was the Pole Star, and that all the members of this constellation were always visible, α-Draconis could not have been the Pole Star.

The testimony of eye witnesses in Antiquity may not be so lightly disregarded!

The logical conclusion therefore is that, if the calculation of the precession of the equinoxes is correct for one period of history, it is not applicable even to a past that is, after all, not so remote.”[11]René Gallant, “PART III The consequences of cosmic catastrophism. Chapter 2: Palaeoclimatology. Section III Milankovitch’s Curves and Palaeoclimatology” in Bombarded Earth, John Baker Publishers Ltd 1964. page 147-148