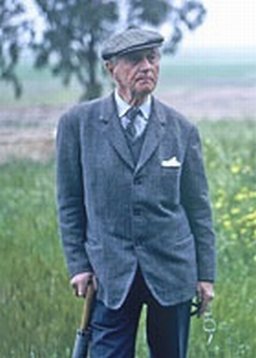 Prof. Claude Frédéric-Armand Schaeffer (b. 6 March 1898 Strasbourg, Alsace, France, d. 5 Oct 1982, France)[1]”Claude-Frédéric-Armand Schaeffer“, Encyclopædia Britannica Online. 28 Nov. 2010 was a French archaeologist, curator of the Prehistoric and Gallo-Roman Museum, Strasbourg (1924–33), and of the Museum of National Antiquities, Saint-Germain-en-Laye (1933–56), and perhaps most notable for his excavation of the ancient city of Ugarit in Syria. He became friends with Immanuel Velikovsky.[2]Claude Schaeffer, at the Velikovsky Archive

Schaeffer’s career and work are of particular interest to members of the SIS for several reasons. First, the discovery in Late Bronze Age Levels (conventionally dated 1550-1200 BC) of an alphabet, previously not found in contexts dated earlier than the tenth century BC, was an anomaly which was seized upon by Immanuel Velikovsky and became one of his major arguments in Ages in Chaos, Vol. I, for lowering Egyptian chronology and those derived from it by some 500 years.

Secondly, Stratigraphie comparée’s comprehensive archaeological survey of numerous sites in Western Asia provided conclusive evidence for a series of catastrophic destructions which affected large parts of the Eastern Mediterranean, the Levant, Anatolia and the Caucasus at various times between the end of Early Bronze II and the end of the Late Bronze Age, then generally but erroneously attributed to the “Sea Peoples”. (For a summary, see Geoffrey Gammon: “Bronze Age Destructions in the Near East”, SISR IV:4. 1980, pp. 104-8).

:Although Schaeffer was unsure of the precise nature or cause of these successive catastrophes, he was inclined to attribute it to seismic activity. Nevertheless, his findings lent strong independent and circumstantial support to Velikovsky’s thesis that major catastrophes had taken place in historic times, whatever view is taken of their cause, held by Velikovsky to be disturbances in the solar system. Although Worlds in Collision was published in 1950, the latter was unaware of Schaeffer’s work. However, he drew on it extensively in Earth in Upheaval, published in 1955.

Thirdly, in the 1950s Schaeffer and Velikovsky began a long correspondence, based on a mutual respect and a desire to arrive at the truth about ancient Near Eastern chronology, which continued until the latter’s death in November 1979. In 1961, according to an account published in Pensée IVR VI of Velikovsky’s persistent, but largely unsuccessful, attempts to secure radiocarbon analysis of Egyptian New Kingdom material as a means of validating his revised chronology, Schaeffer’s help was enlisted in this campaign; but samples from Ras Shamra which they hoped to have tested were accidentally contaminated with tritium. During their long association they often differed but Schaeffer once expressed the opinion that, nevertheless, he had never doubted the honesty of Velikovsky’s judgments or of his intentions.

Schaeffer wrote to Velikovsky that:

“I now can acknowledge with thanks the arrival of your book on Earth in Upheaval. I took it with me to the South where at the Mediterranean shore I find some time for quiet reading and writing before I shall go out again to further archaeological and stratigraphical research in Syria (Ras Shamra) and Cyprus (Enkomi-Alasia), in September. I finished reading your book with the greatest interest and much profit. I am glad to have leared that the upheavals in geological times so far distant from us and our prehistorical or protohistorical periods, have in several cases occurred much nearer to us and even, it seems, during the early periods of men on earth.”[4]Letter, “Schaeffer to Velikovsky“, 23. VII. 1956, at the Velikovsky Archive

“In July 1956, Claude Schaeffer, author of the monumental comparative study of archaeological levels of destruction wrote Velikovsky his appreciation of receiving from him a copy of Earth in Upheaval. Velikovsky had used Schaeffer’s work in preparing the book. In 1957, Immanuel and Elisheva visited with the Schaeffers for a week at Lake Lucerne, in Switzerland. Schaeffer did not agree with any part of Velikovsky’s ideas except what Schaeffer himself had printed before Velikovsky’s work had appeared, that periods of sudden destruction had befallen Bronze Age Civilizations.[5]Alfred de Grazia, Part 4, Ch.12, “Third World of Science“, Cosmic Heretics, 1984, page 261

Burning of Troy: comparison with Velikovsky

“Like Schaeffer, Velikovsky reported the universal destruction of settlements in the Exodus period, which he assigned to around 1450 B.C. So all that Schaeffer says happened about 1700, Velikovsky says happened about 1450. We resolve the dating discrepancy in favor of Velikovsky. The two scholars are discussing the same set of events that brought the Middle Bronze Age to an abrupt and terrible end. Both inculpate natural catastrophe as the general cause, and relegate the usual causes of change in recent times (leadership, weather, inventions, wars) to a minor causal role.

“Unlike Schaeffer, Velikovsky introduced a first cause, a comet that he identified as the erratic proto-planet Venus, which has a hundred names around the world. This comet, said he, first closely encountered the Earth in the mid-second millennium. Granted this single ultimate cause, Velikovsky could support strongly the theory of the simultaneity of the catastrophes, which Schaeffer espoused.

“Velikovsky further asserted that the set of disasters repeated itself, in reduced degree, at intervals of about 52 years, as the comet dropped its tail and assumed a more circular orbit. When it did approach, extreme religious celebrations were inaugurated in places as far apart as Palestine and Central America, celebrations that continued until recent times and were invariably connected with planet Venus. The disasters on Earth diminished, then, until the 8th century B.C., when a new deviant celestial force began to play upon the Earth and a new and heavy set of disasters began. Also unlike Schaeffer, Velikovsky wove voluminous legendary, mythical and geological material into the fabric of proof offered by archaeology.”[6]Alfred de Grazia, “The Catastrophic Finale of the Middle Bronze Age“, The Burning of Troy, 1984, pp.72