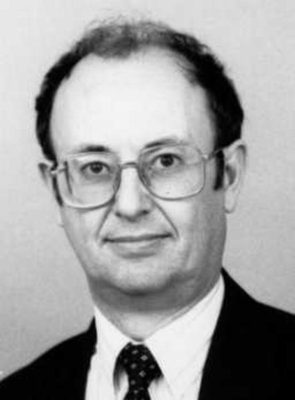 Trevor Palmer BA, PhD, CBiol, FIBiol, FIBMS, ILTM, is author of the book, Perilous Planet Earth Catastrophes and Catastrophism through the Ages (2003) and articles and talks on evolution and catastrophism, and has served as Chairman of the Society for Interdisciplinary Studies.

“.. tells how prevailing views of patterns and processes in the evolution of life on Earth have changed in a significant fashion over the past few years. In 1959, the centenary of the publication of Charles Darwin’s On the Origin of Species by means of Natural Selection, the Modern Synthesis of neo-Darwinism, which incorporated developments in genetics into traditional Darwinism, seemed completely secure. Together with the contemporary geological paradigm, the Modern Synthesis was widely seen as representing the triumph of a gradualistic-uniformitarian view of Earth history over the catastrophist alternative. Evolutionary change was slow (an essential feature of gradualism), imperceptible (except over long periods of time) and progressive (though not because of linear development, but as a result of competition between variant forms). Later, however, it became increasingly clear that the course of evolution had been much less even paced and much more erratic than previously realised, the fossil record revealing episodic rapid bursts and abrupt transitions, which could no longer (as formerly) be dismissed as artifacts. Moreover, from 1980 onwards, neocatastrophism made remarkable advances so that, today, impacts of asteroids and comets have to be regarded as perfectly plausible agents of evolutionary change, and evidence for such an extraterrestrial involvement at any particular time considered on its merits.”[3]Catastrophism, Neocatastrophism and Evolution , Society for Interdisciplinary Studies in association with the Nottingham Trent University (1994), ISBN 0951430718. From the SIS

“The aim of this book is to show how recent geological discoveries have shaken the tenets of neo-Darwinian evolutionary theory. The neo-Darwinian synthesis, which combines genetics with traditional Darwinism, sees evolution as a serenely slow, little-by-little process of natural selection. To neo-Darwinians, the results of natural selection – new forms – are imperceptible over short periods and display progressive characteristics that arise not from a preordained plan of linear development but from the chance interaction of competing forms. Palmer claims that two geological discoveries have invalidated this neo-Darwinian view. Firstly, some recent studies of the fossil record suggest that evolution has been episodic, with abrupt transitions between forms rather than a slow and stately procss of change. Secondly, the role of extraterrestrial processes (particularly asteroidal and cometary impacts) has come to prominenceas a potent evolutionary driving force. Sudden catastrophic events, such as meteor showers, may cause mass extinctions followed by rapid bursts of new species. .. Palmer makes his case well, although I doubt that it will sway the ultra-Darwinians (assuming that they bother reading the book!).”[4]”Controversy: Catastrophism and Evolution, The Ongoing Debate, by Trevor Palmer” reviewed by Richard Huggett, SIS Chronology & Catastrophism Review 2001:1 (Apr 2001)