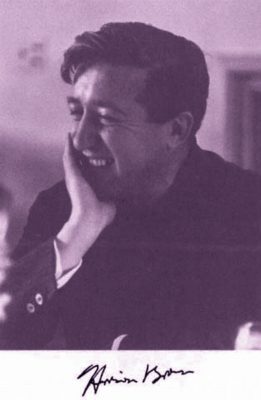 Harrison Scott Brown (September 26, 1917 – December 8, 1986) was a geoscientist with experience in chemistry, atomic physics and geology and astrophysics.[1]”Ch.2. Harrison Brown“, Biographical Memoirs V.65 ISBN-10: 0-309-07359-6. Online at the National Academy of Sciences He also reviewed and criticised Immanuel Velikovsky’s books, Worlds in Collision and ”Earth in Upheaval.

Criticism of Worlds in Collision

In the Saturday Review of Literature, Brown wrote:

“It is difficult to condemn a man who is obviously seeking truth…But when the truth-seeker goes to the public for approval of his ideas before he submits his viewpoints to men expert in his field for the ruthless criticism and cross-checking that is the very life-blood of science, abstinence from criticism becomes difficult. Dr. Velikovsky…has attempted to create a world history (and for that matter a solar-system history) that makes sense. The fact that what he says makes little sense is not important. The fact that many persons not versed in science are now hailing Dr. Velikovsky as the twentieth-century Newton is important and should be addressed…

“Had I the energy I might have written a letter to Dr. Velikovsky outlining, from the point of view of the physical sciences, the errors both in fact and theory which I believe he has committed. However, such a letter would have been at least thirty pages in length, a fact which in itself explains my reasons for not writing it. It further explains why no attempt will be made in this review even to list the errors in fact and conclusion contained in this book…

“This book will be, for years to come, a shining example of book and magazine-publishing irresponsibility. I do not object to publication of this book — or for that matter any book. But the reader may rightly be offended…by the irresponsible publicity…The publisher, who in this case is usually most meticulous in the publication of scientific treatises, should have sought the advice of reputable scientists before launching its sensational fireworks…

“And thus, the book was launched by a wind which bodes good only to those on the receiving end of the cash line. Ten years from now it will probably be forgotten by all except those unfortunate scientists who will have had to answer questions about the book in every public lecture.”[4]Ibid. brown 1950[5]Quote reproduced in Duane Vorhees, “”Worlds in Collision”: Reviews and Reviewers”, Aeon III:6

In Stargazers and Gravediggers (1983), Velikovsky writes:

“Less than two months after Professors Barzun and Goldsmith debated my book, a seven-column review of Earth in Upheaval, written by Harrison Brown, was printed in the March 1956 issue of Scientific American. Brown had written a review of my first book six years earlier in the Saturday Review of Literature. The new review was for the most part a repetition of his old review about my first book, whole passages being repeated with slight changes in wording; only in 1950 Brown had been presented as an “atomic scientist,” while this time a banner over three columns said: “A geochemist views Immanuel Velikovsky’s unconventional theory of the earth’s history.” Brown was not a geologist; his field was the origin of atmospheres on planets, and therefore, most facts discussed in my new book, as in the old, must have been unfamiliar to him. His review was not opposed to the book — he did not mention a single datum from it. Nor did he assail or refute a single statement. He was still in the emotional state created by my Worlds in Collision, published six years earlier; the new review was written in opposition to that book, and he frankly admitted that he “boils.” Nor did he offer an argument against that first book. In his review he wrote: “When I first read Worlds in Collision I, like many of my colleagues, put Velikovsky’s theory to the foregoing test. I made an itemized list of contradictions and errors. The list quickly grew to unwieldy proportions, and it became amply clear that the theory was nonsense. I stated this emphatically in a published review.” He did not mention now that he had not brought a single one of the alleged errors to the knowledge of his readers.”[6]Immanuel Velikovsky, Stargazers and Gravediggers, William Morrow & Co; 1st edition (March 1983), ISBN 068801545X

“Scores of reviews were remarkable for the violence of expression and the jejune poverty of the contents. Often columns of denunciation were not followed by a single argument. The case of Harrison Brown is a good example of those who proclaimed that they had peremptory arguments galore, but did not submit a single one.”[7]Livio C. Stecchini, “Ch.3. The Inconstant Heavens”, in The Velikovsky Affair, (Edited by Alfred De Grazia)