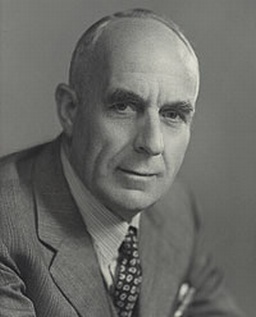 Sir Harold Spencer Jones KBE (29 March 1890 Kensington, London – 3 November 1960) was a British astronomer who became the 10th Astronomer Royal in 1933. He was also a critic of Immanuel Velikovsky.

Review of Worlds in Collision

” The astronomer royal published his piece, called “False Trail,” in The Spectator (September 22, 1950). He started with a concise description of the catastrophes, so good that I should like to reproduce it here.

“The central theme of Worlds in Collision is that, according to Dr. Velikovsky, between the fifteenth and eighth centuries B.C. the earth experienced a series of violent catastrophes of global extent. Parts of its surface were heated to such a degree that they became molten and great streams of lava welled out; the sea boiled and evaporated; rivers ran with color of blood; mountain ranges collapsed, while others were thrown up; continents were submerged; tremendous earthquakes occurred; enormous tides were raised causing great floods; showers of hot stones fell; electrical disturbances of great violence caused much havoc; hurricanes swept the earth; a pall of darkness shrouded it, to be followed by a deluge of fire. This picture of a period of intense turmoil within the period of recorded history is supported by a wealth of quotations from the Old Testament, from the Hindu Vedas, from Roman and Greek mythology, and from the myths, traditions and folklore of many races and peoples. The reader cannot but fail to be impressed by Dr. Velikovsky’s extensive knowledge of such lore and by the wealth of references which he gives. ..”

“Now Jones started the work of demolition since he was aware that:

“… the wide variety of the quotations which have been brought together as corroborative evidence may all too readily give the impression that these planetary collisions did actually occur and that Dr. Velikovsky has revealed some of the past history of the solar system, which could never otherwise have been known.

“If a collision between Mars and Venus had occurred in the past, as Dr. Velikovsky supposes, then, starting from the recent positions and motions and computing backwards, allowing for the perturbations of all the planets, we should find that, at a certain epoch in past time, the positions of Mars and Venus were identical one moment. It is not difficult to compute back for the few thousand years which have elapsed since these events were supposed to have happened. It is found that no collision occurred.”

“This was the Astronomer Royal’s argument.

“.. it would be futile to try to show by calculations from present orbits of Venus and Mars the point of their encounter in the past.. “[6]Immanuel Velikovsky, “The Astronomer Royal”, ”Stargazers and Gravediggers William Morrow & Co; 1st edition (March 1983), ISBN 068801545X