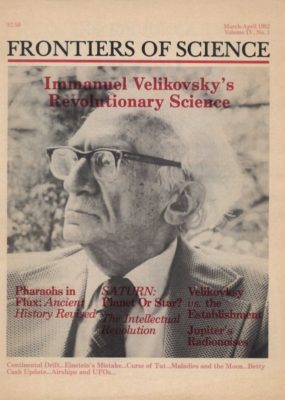 “What was true for book-publishers held also for magazine publishers. The only magazine with a general readership that gave sympathetic attention to quantavolution was Frontiers of Science, edited by Elizabeth Philips. It failed after several years because it was part of a conglomerate operation that used the bottom line to weed our unprofitable properties.”[2]Ibid. grazia