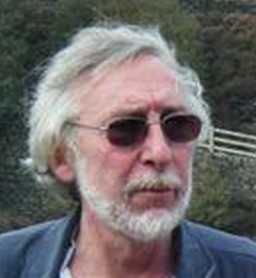 Robert Forrest (b.October 21st, 1949) is the author of the six-volume series of books, Velikovsky’s Sources (1981), privately published by the author, and also published as a single abridged book, A Guide to Velikovsky’s Sources. He attended Brasenose College, Oxford, and teaches mathematics at a college of further education, near Manchester, UK.

“I first read Worlds in Collision whilst at university in the late 1960s, but actually my real interest in Velikovsky came about when I teamed up with Patrick Moore to do a follow-up to his book about Independent Thinkers, Can You Speak Venusian ? A chapter of that book was to be devoted to “Catastrophists in Collision”, dealing with Velikovsky, Beaumont, Donnelly and others. In preparation for that, I started delving into Velikovsky’s use of sources, the results of which subsequently far outstripped what was needed for the book with Patrick. The project took on a life of its own and I came to write Velikovsky’s Sources as a result. I’d known Donald Cyr (the editor of Stonehenge Viewpoint) for a few years before that, and it was he that suggested that I did a series of articles, based on Velikovsky’s Sources“, for his journal. Eventually those articles were gathered together in book form and published by him as “A Guide to Velikovsky’s Sources”.[1]Private communication by email, from Bob Forrest to a third party, March 12, 2009

“After that I rather retired from the Velikovsky scene. .. the reason was simply that having done my book(s), I had said everything that I wanted to say. If people thereafter disagreed with my findings and chose to continue to believe in Velikovsky, then my attitude was, “Fine – that’s your choice, but to my mind you are sailing in the face of plain common sense, and you are in the same boat as people who continue to believe that Bacon wrote Shakespeare, despite all reasonable refutation.” In brief, I have continued to hold the view that Worlds in Collision is a crank book.”