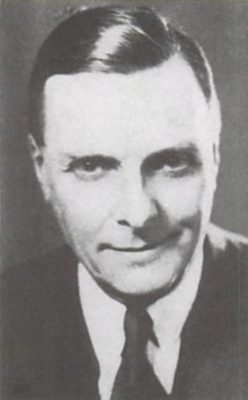 “His main subjects were mythology, early history, geology, and ancient astronomical records. In all of them he found convincing evidence that the earth had suffered many cataclysms in the course of its history, the most recent having occurred in about 1322 B.C.”. Beaumont suggested they “were caused by meteoric impacts which in turn are closely related to cometary movements. That belief was the cornerstone of Beaumont’s revolution theories and history and geography”.[4]John Michell, Eccentric Lives and Peculiar Notions, Adventures Unlimited Press, 1999, ISBN 0932813674, 9780932813671, 248 pages. “Jerusalam in Scotland and other findings of a revisionist geographer” (pp.136)

“Did Immanuel Velikovsky knowingly present ideas someone else had developed many years earlier as his own? While this question seems bizarre even to his most ardent opponents, it was recently raised in a paper by Robert Stephanos. .. Beaumont’s theses are almost identical to those of Velikovsky. Yet Beaumont developed and published them as early as the 1920s and 1930s.”[6]Benny J Peiser, “William Comyns Beaumont: Britain’s most eccentric and least known Cosmic Heretic”, SIS Chronology & Catastrophism Review, 1996:2 (May 1997). Also available online here [7]Stephanos, R.C., “Catastrophists in Collision: Did Velikovsky borrow from Beaumont’s original works?”, Fate, Volume 47, Number 3, Issue 528, Mar. 1994, pp. 66-72.

“De Grazia was suspicious: ‘Could there have been a ‘Bridie Murphy Effect’?’ Had Velikovsky simply forgotten that he had already come across Beaumont’s books (or ideas) in the 1920s or 1930s?

“In hindsight, de Grazia was too quick to rule out direct influence. He failed to check whether Beaumont’s books were stored in the Public Library on 42nd Street, the other big library which Velikovsky had frequently used during the 1940s. It holds all of Beaumont’s early books 13, so they were readily available to Velikovsky during his ten years of research.”[8]ibid. also 13 Message from Charles Ginenthal on Kronia List, 31st Oct. 1996: “I have just returned from the 42nd Street Library and Beaumont’s books are there, viz. The Mysterious Comet, The Riddle of the Earth by Appian Way, The Riddle of Prehistoric Britain & The Private Life of the Virgin Queen“.