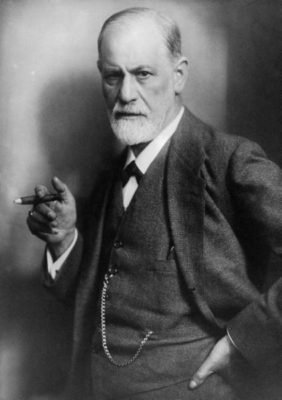 “Dr. Velikovsky can and should be seen as a member of the third generation of Vienna-trained analysts. He knew Freud and met with him on a few occasions, and of course he published in the psychoanalytic journals of the time and Freud would have known his work. His own analytic training was carried out under Wilhelm Stekel, who was a close co-worker for some years with Freud. Dr. Velikovsky went on to practice for a number of years in Israel as a psychoanalyst.”[1]John M. MacGregor, “Psychological Aspects of the Work of Immanuel Velikovsky”, in Recollections of a Fallen Sky, Edited by Earl R. Milton

In his memoirs, Stargazers and Gravediggers (1983), Velikovsky writes:

“the beginning of April 1940 .. I had with me the pages of a manuscript I had begun, “Freud and His Heroes“. Free from all other duties, I intended to finish and publish it in the United States. ..

“This new manuscript on “Freud and His Heroes” was inspired by Freud’s last book, Moses and Monotheism. I disagreed with Freud and saw in the octogenarian a still-unresolved conflict with respect to his Jewish origin and his own father. I turned to his dreams to know more of him than his books could tell. I found that his own dreams, sixteen in number, interspersed among numerous dreams of his patients in his classic The Interpretation of Dreams, spoke a language that was very clear but had meaning which Freud did not comprehend — or did not reveal to his readers. All the dreams dealt with the problem of his Jewish origin, the tragic fate of his people, his deliberations on leaving the ranks of the persecuted for the sake of unhampered advancement–or at least in order to free his children from the fate of underprivileged Jews in Christian and anti-Semitic Vienna. From this conflict, in which he struggled with himself, he emerged victorious in the last years before the turn of the century, about the time when, unknown and obscure, he wrote his book on dreams.

“To reinterpret the dreams of the founder of modern dream interpretation was certainly a daring enterprise, but I used a method that carried a certain guarantee of objectivity. Besides, having found the same idea in all sixteen dreams, I believed, following Freud’s premise, that “those ideas in the dream — thoughts which are most important are probably also those which recur most frequently.” This reinterpretation of Freud’s dreams would have constituted the part of the book dealing with the psychoanalyst himself. Other chapters were to deal with his heroes: Oedipus, Akhnaton, and Moses. A very unusual idea struck me when I studied the life of Akhnaton: It appeared to me that I had found the historical prototype of the Oedipus legend. About Moses I did not yet have much to say that was new. I hoped an idea would come to me in time.”[2]Immanuel Velikovsky, “Freud And His Heroes”, in Stargazers and Gravediggers, William Morrow & Co; 1st edition (March 1983), ISBN 068801545X

“I knew Sigmund Freud; he corresponded with me, subscribed to the preface of Eugen Bleuler, claiming “similar, almost identical ideas”; he printed several of my analytical papers in Imago and Psychoanalytische Bewegung, and spent time with me on his seventy-seventh birthday, tête-à-tête in a suburb of Vienna.”[3]Immanuel Velikovsky, “Introduction“, in The Psychoanalytic Papers , online at the Velikovsky Archive