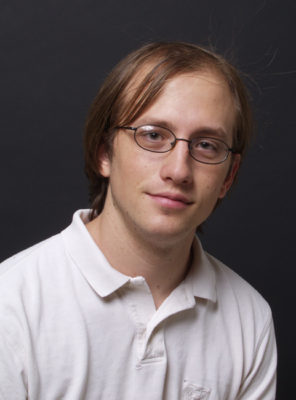 ”’Josh Schroeder”’ (b. 1981) (AKA ScienceApologist on Wikipedia, currently editing under the username: ජපස)[1]Zvika/Interview/ScienceApologist“, 18 March 2008 on Wikipedia[2]Change of username from “Joshuaschroeder” to “ScienceApologist”, 24 November 2005 on Wikipedia[3]Presentation by Joshua Schroeder” as ScienceApologist at New York Meet-up, January 13, 2008 on Wikipedia[4]Usnername change request 5 March 2011 is an astrophysicist that is critical of Immanuel Velikovsky, and of individuals and scientists who do accept the mainstream consensus. Schroeder has an A.B. in Astrophysical Sciences from Princeton University (2003),[5]List of Astro Majors 1928-current, Princeton University an M.S. in Astrophysics and Planetary Sciences from the University of Colorado at Boulder (2005),[6]LinkedIn and was a graduate student at Columbian University.[7]Joshua Schroeder at Columbia His research interests include cosmology, the epoch of reionization, binary stars, and spectroscopy.[8]365 Days of Astronomy?, “June 17th: The Big Bang!“

On scientists with non-mainstream views

Schroeder has been critical of many researchers who do not share the mainstream consensus:

“ScienceApologist was so assiduous in his harassment of Eric Lerner over concepts about an “Electric Universe”, leading even to Lerner being barred from contributing to Wikipedia on subjects on which he is expert”[21]Henry Bauer, “The Fairy-Tale Cult of Wikipedia“, on January 4, 2010

Writing as ScienceApologist, Schroeder says of himself, and minority views:

Editing under the username ScienceApologist, editors have acknowledged that Schroeder has been given “leeway” over his incivility,[26]User: Proabivouac, “Arbitration/Requests/Enforcement: User:ScienceApologist 2“, 29 May 2007 while other editors have claimed that he has “utter contempt for the Wikipedia community”[27]User MaxPont, “MaxPont/ArbComEvidence: The ScienceApologist Scandal“, 1 December 2008 since he describes Wikipedia being run, as:

Pretending to be a professor

Schroeder has acknowledged that he misrepresented to other editors, that he was a professor:

Schroeder has contributed negative reviews of books that he had not read, including ”ad hominem” attacks, and inaccurate information.

On July 10, 2007, Schroeder contributed a review to Amazon.com, on Don Scott’s book, ”The Electric Sky”, about which he comments that:

Schroeder has been described as a pseudoskeptic, (a term that describes skepticism that deviates from objectivity):

In turn, Schroeder describes pseudoskepticism as:

Schroeder has been the subject of numerous Wikipedia arbitration cases, and received several blocks:

Schroeder has been blocked from Wikipedia several times.[50]Block log: User:VanishedUser314159 Reasons include:

On Wikipedia, Schroeder had been found to be using his username accounts (“sock puppets“) inappropriately. In Nov 2007, it was found that Schroeder had used sockpuppets abusively.”[51]Ibid. sockabuse His sockpuppets have included the usernames: