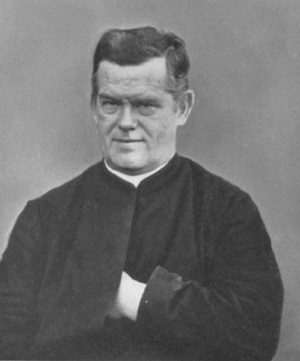 “.. a Jesuit priest who was an acknowledged authority on Babylonian and Hebrew astronomy, as well as mythology and chronology. In 1927, Kugler wrote a short book entitled (when translated from the original German) The Sybilline Battle of the Stars and Phaeton seen as Natural History[1]F. X. Kugler, Sibyllinischer Sternkampf und Phaëthon in naturgeschichtlicher Beleuchtung, No. 17 in the series Aschendortfs Zeitgemässe Schriften by the Aschendorffsche Verlagsbuchhandlung, Munster in Westfalen, 1927. Making use of ancient sources, Kugler argued that Phaeton had been a very bright celestial object, which made its entrance onto the scene several hundred years before the founding of Rome. Then, not long afterwards, it fell to Earth as a shower of large meteorites, causing catastrophic fires and floods in Africa and elsewhere.”[2]Trevor Palmer, Perilous Planet Earth: Catastrophes and Catastrophism through the Ages, 2003, ISBN-13: 9780521819282, ISBN-10: 0521819288. Chapter 12 “Heretical catastrophists” p.115

Velikovsky comments on Kugler in Stargazers and Gravediggers:

“Kugler wrote in German a series of books on Babylonian astronomy, from each of which I quote in several places in Worlds in Collision. One of Kugler’s books is The Babylonian Moon Computation: Two Chaldean Systems Concerning the Movement of the Moon and the Sun.) As the title indicates, a certain collection of Babylonian astronomical tablets contains two (and in part even three) systems of planetary motions. Each system is complete in itself; the periods of revolution and the positions of the luminaries — Sun, Moon, and planets — are worked out in detail and are consistent within each system, but the two systems differ from each other in many respects. Kugler, not conceiving of any change in the order of the solar system in the historical past, tried to give some explanation for this very enigmatic situation; he thought there might have been two, or even three, schools of astronomy, each of which devised its own system of recording, but he found that these systems did not represent reality.”[3]Immanuel Velikovsky, “The Third Degree”, Stargazers and Gravediggers, William Morrow & Co; 1st edition (March 1983), ISBN 068801545X, ISBN-13 978-0688015459 See also.[4]Immanuel Velikovsky, “An Authority Called To Witness”, Stargazers and Gravediggers, William Morrow & Co; 1st edition (March 1983), ISBN 068801545X, ISBN-13 978-0688015459

“.. what Kugler wanted to communicate to the public was summed up by him as:

“.. the momentous doctrine that ancient traditions, even when they are dressed as myth and saga, cannot be dismissed lightly as fantastic, or worse, meaningless fabrications. It is particularly proper to avoid this pitfall when dealing with serious reports, especially those of religious nature such as those that occurin large number in the Old Testament.”

“He applied this general theory to the interpretations of the ancient texts that deal with the Battle of the Stars. He observed that these texts have been dismissed by scholars as:

“.. completely nonsensical and that nobody has succeeded in explaining them as a meaningful allegory, if it is not possible to interpret them as references to true cosmic occurrences… I have to confess that in my first occasional attempts I did not succeed any better. But many years of experience with the decipherment of cuneiform documents that concern the astronomical and astromythological conceptions of the Babylonians have taught me that, in the system of ideas of the Easterners and of the ancient Orientals in particular, there is much that seems nonsensical to us Occidentals, but is in reality within the realm of factual foundations and sound logic.”

“When in 1966 I published a first version of the present essay, I stressed that pronunciamentos such as the two just quoted, were intended to sum up an entire life of research on ancient astronomical documents. It was the intention of Kugler that they should be taken as statements of fundamental importance for the understanding and the gathering of actual empirical data of astronomy (which is relevant to natural science).

“After this brief, but final and comprehensive publication of Kugler was rescued from oblivion, it was quoted by several supporters of Velikovsky. Yet it has been ignored by his opponents, which is regrettable since I heartily desire to hear their interpretation of the astronomical records submitted by Kugler.”[5]Livio C. Stecchini, “Cuneiform Astronomical Records and Celestial Instability“, in Alfred de Grazia (ed.), The Velikovsky Affair, 2nd edition, 1978