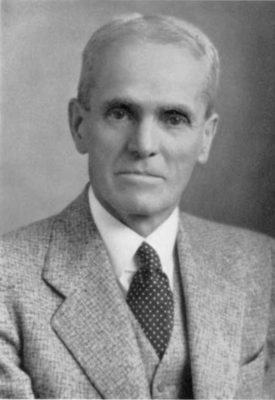 Walter Sydney Adams (December 20, 1876 – May 11, 1956) was a Syrian-born American astronomer, who specialized in the study of stellar spectra (solar spectroscopy), and became Director of the Mount Wilson Observatory. Adams also corresponded with Immanuel Velikovsky on astronomy.

“The end of Shapley’s letter to Kallen was more gracious. He explained that the laboratory of the Harvard Observatory had no equipment to perform the tests I required on “this surprising theory that petroleum gases are in the atmosphere of Venus,” and he advised that I communicate with Dr. Walter S. Adams of the Mount Wilson Observatory, “who has worked with the best equipment available” on the problem of the atmosphere of Venus, or with Dr. Rupert Wildt of the McCormick Observatory, University of Virginia, who did not have the necessary equipment, either, but who knew about the atmospheres of planets.”[1]Immanuel Velikovsky, “One Who Read And One Who Didn’t” in Stargazers and Gravediggers 1983 William Morrow and Company, ISBN 0-688-01545-X

“I had started a correspondence with Adams in the summer of 1946, when I asked him for information concerning the spectra of planetary atmospheres. In 1950, after I had sent him a copy of Worlds in Collision with a short letter, he wrote me at length:

“I differ from the critics whom you mention in having definitely read your book. Its impression upon me has been mixed. In your introductory chapter you have, I think, made a fairly reasonable statement regarding the origin of the solar system. Astronomers simply do not yet know the full answer to this question, although some progress is being made through the presentation from time to time of tentative hypotheses for consideration and criticism.

“You must have devoted an enormous amount of time and effort to your compilation of the mass of myths, traditions, inscriptions, and quotations you have assembled. I feel that you have done a real service to scholars and the public as well in bringing together in one place material which is difficult of access and requires research to find. On the other hand I cannot help feeling that you have overestimated the value of this material as evidence. Primitive peoples in small countries, with little or no means of outside communication, are, like children, prone to exaggeration. A volcanic eruption is an earthshaking event, and no doubt the inhabitants of Pompeii thought the entire world was coming to an end. Similarly with great storms, fires, and tidal waves.

“Then, too, many of the myths and traditions may have been imaginative writing, and should be considered as such….

“Your quotations tending to show that Venus was not seen by primitive peoples are interesting, but at the same time constitute only negative evidence. I find it much easier to believe that Venus for some unknown reason was not enumerated than that the planet did not exist at that time….

“He continued to offer constructive criticism from the point of view of present-day astronomy. Then, toward the end, he wrote: “I have tried to be quite objective in this letter since I dislike some of the almost abusive criticisms which have been written about your book. They are uncalled for no matter how strongly their writers feel on the subject.”[2]Immanuel Velikovsky, “Pursuing A Ray Of Light” in Stargazers and Gravediggers 1983 William Morrow and Company, ISBN 0-688-01545-X

“Walter S. Adams, director of Mt. Wilson and Palomar Observatories, was a rare exception among astronomers who participated in discussions of Worlds in Collision. In correspondence with Velikovsky, Adams complimented him on the accuracy of his presentation of astronomical material, though he could not accept the premise that electromagnetism participates in celestial mechanics. Whenever Velikovsky requested information or explanations pertaining to astronomical phenomena, Adams answered courteously and in minute detail. In February 1952 the author of Worlds in Collision visited the California astronomer at the solar observatory in Pasadena and discussed with him at first hand some of the problems raised by the historical evidence.” [3]Ralph E. Juergens “Ch.1 Minds in Chaos” in The Velikovsky Affair 1st ed. 1966, 2nd ed. 1978, with contributions by Ralph Juergens, Livio C. Stecchini, Alfred de Grazia and Immanuel Velikovsky. Online at the Grazian Archive

In the Acknowledgements of Earth in Upheaval (1956), Velikovsky writes:

“Professor Walter S. Adams, for many years director of Mount Wilson Observatory, gave me all the information and instruction for which I asked concerning the atmospheres of the planets, a field in which he is the outstanding authority. On my visit to the solar observatory in Pasadena, California, and in our correspondence he has shown a fine spirit of scientific co-operation.”[5]Immanuel Velikovsky, Earth in Upheaval (1956) Doubleday and Company, ISBN 0385-04113-6