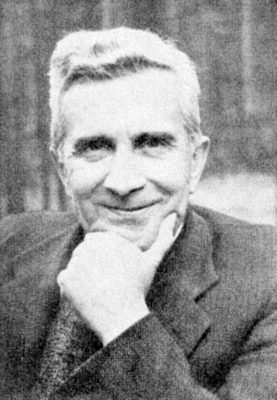 Neo-catastrophism is (1) a geological term, that refers to the doctrine that the gradual processes we see on Earth, have been supplemented by huge natural catastrophes, and also (2) a palaeontological term referring to faunal discontinuities in the fossil record. Anthony Hallam writes:

“In the latter part of the twentieth century a new school of thought emerged in geology that has been dubbed ‘neo-catastrophism’ as opposed to the gradualism of Lyell and Darwin. Its adherents embrace a punctuated view of geological and biological history.”[1]Anthony Hallam, Catastrophes and lesser calamities: the causes of mass extinctions Published by Oxford University Press, 2005, ISBN 0192806688, 9780192806680, 226 pages (page 17)

“N.S. Shatskij (1937)[2]Shatskiy, N. S., “On neocatastrophism: A contribution to the problem of organic phases and on folding”, Probl. Sov. Geol., 7 (7), 532-551, 1937a. (Referenced in: AI Suvorov, “Nikolay Syergyeyevich Shatskiy and the present time (in commemoration of his centennial birthday)”, Geotectonics, July-August 1995, English Translation in Geotectonics, Vol.29 No.4 Feb 1996) seems to have introduced the term neocatastrophism to describe certain trends in contemporary geology. This geological neocatastrophism will not be considered here. We are concerned solely with the palaeontological sphere to which Stepanov has transferred the term neocatastrophism.[3]Stepanov D L, “Neocatastrophism in palaeontology of these days”, Palaeont J. 4:11-16 (1959) By the nature of things he digs deep into our stratigraphic conceptions and methods, so that a presentation of these issues to a geological forum ought to be wholly relevant.

“The term neocatastrophism seems acceptable so long as it is made clear that the ideas it portrays have hardly anything to do with Cuvier’s catastrophism. Since nowadays we all uncompromisingly accept the evolutionary standpoint, the theoretical background is quite different. Yet in characterizing the factual position one may speak quite simply of catastrophism. Thus extinction can never be anything but a sudden, drastic event; an individual, a species, a genus, a family or a phylum is either alive or extinct. To an individual or a phylum alike death is a catastrophe, even if it has already been introduced over a certain period of time through disease, degeneracy or the like. The decisive question is whether such catastrophes display in the Earth’s history a simple statistical distribution or occur massively, as well as in different phyla, at certain times.”[4]Otto H. Schindewolf, “Neocatastrophism?”, address to the 113th General Assembly of the German Geological Society, September 1961 Hamburg, published as “Neokatastrophismus?”, Geologische Gesellschaft, Zeitschrift, 114/2 430-445 (1963). Translation by V Axel Firsoff and reprinted as “Neocatastrophism?”, Catastrophist Geology, Year 2 No. 2 (Dec 1977)

“I too had already previously (1950, pp. 98 ff; 1954a, pp. 170ff)[5]Schindewolf O. H., 1950 “Der Zeirfaktor”” in Ueoiogie und Palaeontologle, 114 pp Stuttgart[6]Schindewolf O. H., 1954a “Ober die Faunenwende vom Paldozoikum zurn Mesozoikum”. Z deutsch geol Ges 105 153 182, discussed similar possibilities and reached the same negative conclusions as Romer. Since faunal discontinuities are universal phenomena, they must arise from universally active causes. This has compelled me to look for agencies that would (1) have worldwide effects and (2) could extend to the totality of biotopes in the sea, on dry land, in freshwater and in the air, as well as to stocks of most varied habitats and ways of life.”[7]Ibid. Schindewolf 1963

“This brings us back to the main subject of this section, the apparently abrupt transitions between some geological periods, particularly those at the Permian-Triassic and Cretaceous-Tertiary boundaries. In 1954, the German palaeontologist Otto Schindewolf (1896-1972) proposed that mass extinctions had been caused by waves of cosmic radiation resulting from nearby supernovae explosions. The same view was taken by the Soviet scientists, V. I. Krasovskiy and I. S. Shklovskiy, in 1957; the German, H. Liniger, in 1961; and the Canadians, D. A. Russell and W. Tucker, in 1971. A similar view was also put forward in 1960 by F. M. Dyssa and colleagues, the difference being that these thought that the waves of lethal radiation could have been caused by intense vulcanism 24[8]A. Hoffman: “Changing palaeontological views on mass extinction phenonena”, in S. K. Donovan (ed.), Mass Extinction – Processes and Evidence ((Belhaven Press, London 1989)), pp. 1-18. ISBN 02310-7091-8. Schindewolf had previously supported the theory of the Italian, G. Brocchi, proposed in 1814, that species, like individuals, have life-spans that are limited by intrinsic rather than external factors. However, eventually he became convinced that mass extinctions could not be explained on the basis of many species just happening to come to the end of their life-spans at the same time. There must therefore have been a common, external, cause 24.”[9]Trevor Palmer, “Challenges to Evolutionary Gradualism”, Catastrophism, Neocatastrophism and Evolution, (1993) Nottingham Trent University ISBN 0 905488 20 2, Society for Interdisciplinary Studies ISBN 0 9514307 1 8