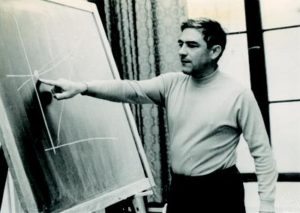 Peter J. Huber (b.1934) is a mathematician who took part in the 1974 American Association for the Advancement of Science meeting “Velikovsky’s Challenge to Science“, giving the talk “Early Cuneiform Evidence for the Planet Venus”, subsequently published in the book, Scientists Confront Velikovsky.[1]Donald W. Goldsmith (Editor), Scientists Confront Velikovsky (1977), Cornell University Press, ISBN-10: 0801409616, ISBN-13: 978-0801409615. “Early Cuneiform Evidence for the Existence of the Planet Venus”, by Peter Huber Huber notes that:

“Velikovsky had a theory that in historical times there were big catastrophes: Venus jumped forth from Jupiter as a kind of comet, erring around in the solar system for a while until it settled in its present orbit. All this was supposed to have occurred sometime in the second millennium BC. Suddenly, these Venus observations from the second millennium took on special relevance. ..

“Based on the Venus tablets I argued that Venus was in its present-day orbit back in the first part of the second millennium, and there was evidence for Venus also from much earlier times” ..

“Velikovsky’s theory was a sham; he had lots of footnotes and citations, making it look very learned, but if one checked the footnotes one found that they were either obsolete or didn’t quite say what he claimed. ..

“Velikovsky made a big noise about censorship. He stylized himself as being maligned for his views by the establishment, which attracted many people, including scientists, who felt they were not sufficiently recognized. At this AAAS-sponsored panel discussion, the audience was split—half was pro and half against Velikovsky—and neither side would accept any arguments. Both sides were convinced they were right. Carl Sagan was on the panel, and he was just as much a prima donna as Velikovsky. Velikovsky would say the theories must be wrong because they do not agree with his evidence, and Sagan would say Velikovsky’s data must be wrong because they do not agree with the theory. Rambling on and on, neither would keep to the time limits, but nobody dared stop”.[2]Andreas Buja, Hans R. Künsch, “Conversation with Peter Huber“, Statistical Science 2008, Vol. 23, No. 1, 120-135