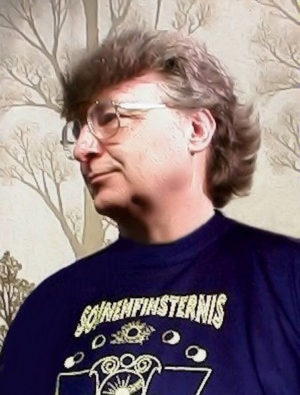 Malcolm Lowery is a retired commercial and technical translator, holding a degree in German and Scandinavian Studies. He has written articles on the “Admonitions”, and on Franz Xaver Kugler. He was the contributing founder editor of the Society for Interdisciplinary Studies publication, SIS Review between 1976 to 1978. He has also contributed to Kronos and the Zetetic Scholar.

“I read Worlds in Collision in a book club edition and was intrigued, wondered whether there might be anything in it, and left it at that. But a few months later I visited my local library, where Brian Moore was at the time the librarian, and spotted a display of Pensée front covers agitating for the Velikovskian cause. And from this I made enquiries, met the SIS co-founders and soon became co-opted as editor of its journal, a position I held for quite a few years. This was an enjoyable time, taking me into exciting byways of the arts and sciences and coming close to turning me into a “perpetual student”. It was due to Velikovksy that I deepened my knowledge (such as I had) of archaeology (dendrochronology, stratigraphy and so on), geology, Biblical history, astrophysics, cosmology ancient and modern and much else. I remain grateful for this stimulus.

“My forte being in languages, I could not help being fascinated by the evidence Velikovsky brought in from ancient records, and I set about learning something of Egyptian hieroglyphs. I was then able to follow up some of Velikovsky’s sources with a linguist’s eye, focusing to start with on the papyrus known to Egyptologists as “The Admonitions of an Egyptian Sage” (or Pap. Leiden 344 recto), which Velikovksy (and nobody else) calls the “Papyrus Ipuwer” and which stands as a “central witness” in his case. My disillusionment with the author began here, after discovering that most of the time he misquoted and/or misunderstood and/or made the wrong connections, although for a while I joined other specialists in being impressed with the evidence from other specialisms which I knew nothing about.”[1]Private communication by email, Malcolm Lowery to the Velikovsky Encyclopedia, March 13, 2009

“My essay of 1966 stimulated a writer friendly to Velikovsky’s theories, Malcolm Lowery, to dedicate a learned article to the contents of Kugler‘s book. This article is a valuable contribution. First published in England, it was then published again in the United States in a revised form 1[2]The article first appeared under the title ‘F. X. Kugler — Almost a Catastrophist,’ in the second Newsletter of the Inter-disciplinary Study Group, now SIS Review. It appeared in revised form under the title ‘Father Kugler’s Falling Star,’ in Kronos, II (1977), No 4. . It is remarkable that the latter version of Lowery’s article (which is the one I shall quote), in spite of its effort to summarize what Kugler intended to convey, had to dedicate 25 compact pages to Kugler’s 52 pages. .. Lowery criticizes Kugler for not having raised the issue of catastrophism versus uniformitarianism;”[3]Livio C. Stecchini, “4. Cuneiform Astronomical Records and Celestial Instability“, The Velikovsky Affair, Edited by Alfred De Grazia. Online at the Grazian Archive