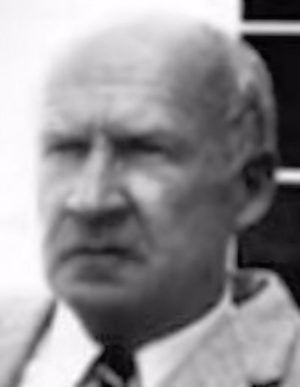 John Quincy Stewart (September 10, 1894 – March 19, 1972) was an American astrophysicist who obtained his Ph.D. in physics from, and taught astrophysics at Princeton University, until retiring in 1963. He was also critical of Immanuel Velikovsky‘s theories in an article in the June 1951 issue of Harper’s Magazine.

For example, in the June 1951 Harpers Magazine, Stewart writes:

“The most recent catastrophe suggested by Velikovsky, in the seventh century B.C., resulted from the alleged close approach of Mars. An approach of Mars to the Earth, by increasing the planet’s gravitational pull at its lessened distance, would have disturbed the Moon’s monthly motion around the Earth, and the Earth’s motion in its own annual orbit. If the Moon rode at a distance only a few per cent farther away than now, for example, its angular diameter in our sky would be too small ever to hide the Sun. As Dr. Payne-Gaposchkin says, the thirty-six-day month mentioned by Velikovsky is incompatible with any total solar eclipses at all. But nearly any cosmic disturbance would be enough to render our present knowledge of Earth and Moon motions inadequate for eclipse computations before the supposed interference. The discrepancy between observation and calculation would become greater the further back in time we go. Nonetheless, the variation in eclipse records described above is the only one which has been found after known “perturbations” produced by the mutual gravitation of the celestial bodies have been allowed for.”[1]John Quincy Stewart, “Disciplines in collision”, Harper’s Magazine, June June 1951, pp.57-63. Extracts appeared in “Eclipses in Ancient Times ” in Pensée Vol. 3 No 3: (Fall 1973) “Immanuel Velikovsky Reconsidered V”

“.. Velikovsky continued to spend a great deal of time defending his published theories. On May 27, 1951, he spoke at the Young Israel Institute and, on November 3, the Jewish Club, Inc. But more importantly, he tried to address “all” of the criticisms leveled against his work in a paper debate with Princeton astronomer, John Q. Stewart, who had co-authored a textbook with H. N. Russell(22)[2]Ref 22 One of Velikovsky’s critics, in World Affairs Interpreter 21:1 (Spring 1950), 108-10. and R. S. Dugan.

“In 1950, Velikovsky had been scheduled to present his own theory in Harper’s after the formal publication of his book, and he thus decided to use the opportunity to answer his critics, but Frederick Lewis Allen told him that the article would only be used if it were accompanied by a rebuttal from qualified specialists. Velikovsky agreed on condition that he be given the final word. But it took months for Harper’s to find a suitable establishment figure. The magazine invited Shapley, who suggested Otto Neugebauer instead; Neugebauer apparently encouraged Stewart to enter the lists since Stewart had debated Velikovsky early in 1951 at a regular Princeton Presbyterian discussion. So Stewart received Velikovsky’s general “Answer to My Critics” and drafted his reply, using arguments provided by Neugebauer, Payne-Gaposchkin, and Shapley, and citing Conant’s recent definition of science to support his position. Then Velikovsky answered Stewart’s charges.(23)[3]Ref 23 I. Velikovsky, “Answer to My Critics,” Harper’s 202 (June, 1951), pp. 63-66. Repr. in Pensee 3:3 (1973). The triptych was presented in its entirety in the June 1951 Harper’s.”[4]Duane Vorhees, “Worlds in Collision: Reviews and Reviewers”, Aeon III:6 (Dec 1994)

“The most serious effort to prove the basic postulate of Velikovsky’s opponents was that of the astronomer John Q. Stewart of Princeton University, who debating with Velikovsky in the pages of Harper’s Magazine (June, 1951), argued that Venus could not have entered into orbit after the creation of the solar system because this would contradict Bode’s Law. What this so-called law amounts to is a mnemonic formula which gives with rough approximation the planets’ distances from the Sun, and which has no basis in gravitational theory.”[5]Livio C. Stecchini, “Ch. 3. The Inconstant Heavens”, in ‘The Velikovsky Affair”, Edited by Alfred De Grazia