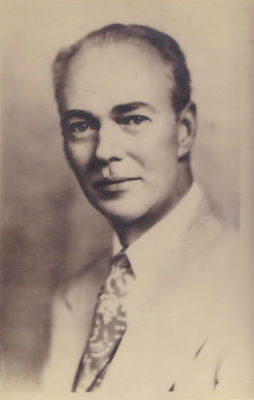 “.. in 1946 the only reader of the complete manuscript of Worlds in Collision, as it was then, was Kallen. One day, in the summer of that year, I thought: Should I show my work to John O’Neill of the Herald Tribune? I felt the need to hear the reaction of an experienced man who, as science editor of that newspaper, had certainly dealt for many years with all kinds of sound and unsound theories. I had read a review of his biography of Nikola Tesla; I liked what I read, and I marked in my memory the author and his book. O’Neill recognized the greatness of Tesla, whom he knew as intimately as Tesla would allow anyone to know him. ..

“I called the Herald Tribune. It happened to be the day of the week O’Neill was there, and he told me to come that very day. I sat in a leather chair in the waiting room of the editorial floor. After a few minutes a slightly built man with white hair and an immaculate linen collar came to me with a briefcase in his hand. I had my manuscript in two folders. I asked him to read it. He told me in his friendly but businesslike manner: “My desk is piled high with papers to read. I shall take your manuscript, but do not expect me to read it for two or three months.”

“[..] O’Neill told me that he had taken my manuscript, planning to spend no more than five minutes on it while sitting on a bench in his garden, but he had not set it aside until he finished reading it.”[..][3]”John J. O’Neill”, Stargazers and Gravediggers, Publ. 1983 William Morrow and Company, ISBN 0-688-01545-X

“We are living on a planet on which events can be terribly exciting. .. All major scientific developments of the last century indicate that this complacent attitude is entirely unwarranted. Changes do not take place by a smooth gliding action — they take place in sudden spurts or quantum jumps. Such changes take place in all realms from the microcosm of the atom to the macrocosm of the metagalaxy ..

“The probability that events of such magnitude have taken place within historical time is presented in researches now completed by Dr. Immanuel Velikovsky, an international scholar…He has assembled into a monumental work evidence from all the early civilizations that in the first and second millennium before Christ tremendous terrestrial cataclysms took place.

“In a magnificent piece of scholarly historical research he has correlated Sumerian, Chaldean, Hindu, Chinese, Mayan, Aztec, Islamic, Egyptian and Hebrew records showing that the times of cataclysms described in all of them correspond. In the light of this record and the data he has assembled about the cataclysms, there unfolds a most exciting picture of terrestrial events that raises world history to a level of superlative interest. Obscure allusions to events in classical and sacred literature become crystal clear as he fits together the jigsaw puzzle of history…

“Dr. Velikovsky’s work, as yet unpublished, presents a stupendous panorama of terrestrial and human history which will stand as a challenge to scientists to frame a realistic picture of the cosmos.”[5]John J. O’Neill, New York Herald Tribune, August 14, 1946 “Personal and Otherwise”[6]Duane Vorhees, Aeon III:4 (Dec 1993) “Velikovsky in America”