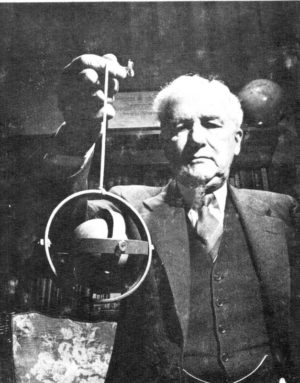 Hugh Auchincloss Brown (23 December 1879 – 19 November 1975) was an electrical engineer best known for advancing a theory of catastropic pole shift. Brown claimed that massive accumulation of ice at the geographical pole caused recurring tipping of the axis in cycles of approximately 4000-7500 years. Brown argued that because the earth wobbles on the axis and the crust slides on the mantle, a shift was demonstrably imminent, and suggested the use of nuclear explosions to break-up the ice to forestall catastrophe.