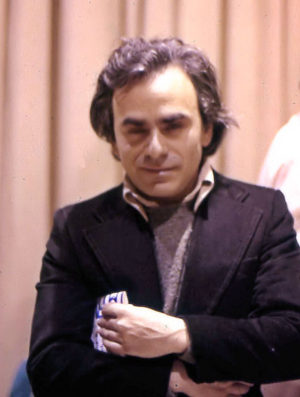 Henry Zemel wrote and directed the Canadian Broadcasting Corporation television program, Velikovsky: The Bonds of the Past, that was first broadcast on February 22, 1972. Zemel notes:

“Immanuel Velikovsky welcomed “time” as an ally that would vindicate him in his battle against the scientific establishment. In later editions of his books, he made a point of “not altering a single word” so that future generations could judge the merit of his ideas without the confusion inherent in “what did he say and when did he say it?” In this respect, he was more seer than scientist who, ideally, adjusts theory to fit new evidence. Velikovsky would rather fight for his ideas than revise them.

“The Velikovsky film I wrote and directed in 1971 — Bonds of the Past — presented Velikovsky’s views as he wished them portrayed. At the time, I rationalized the abandonment of my critical faculties by telling myself:

“This is the first film in which Velikovsky has a chance to tell his story. Science always has access to the media. Now it’s his turn.”

As a result, the film featured ephemeral evidence gathered in 1969 by the first lunar expedition. Velikovsky had predicted — “advance claims” he called them — what the astronauts would find on the Moon. He wished to broadcast that their discoveries would support — and later supported — his reconstruction of lunar history.”[1]Henry Zemel, “Confessions of a Cenoist”, Aeon V:4 (July 1999)