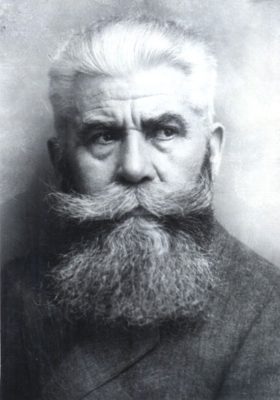 Hörbiger also devised the Welteislehre (“World Ice”) theory, putting forward the idea in his 1913 book Glazial Kosmologie (Glacial Cosmogony) written in collaboration with amateur astronomer Philipp Fauth. Hörbiger’s theories were popularized in the middle of the 20th century by the writings of H.S. Bellamy. The book later served as inspiration for an SS-Ahnenerbe-institute headed by Hans Robert Scultetus.

In a letter to the New York Times published June 25, 1950, Immanuel Velikovsky wrote:

“R. Heymanson in a letter to The New York Times published on May 7 accuses me of offering what he says are “ideas which have long been old stuff to educated people in England and on the Continent of Europe” ; in his opinion my work does not possess “the virtue of originality.” More specifically, he says that “everything” in my book is to “be found” in Hoerbiger’s theory.

“Hoerbiger’s theory of cosmic ice is as follows: the space between the stars is not empty but is filled with thin ice; this ice offers a very minute obstacle to the movement of planets; every movement is thus slowed down; there were at least half a dozen small planets on concentric orbits between earth and Mars. The planet closest to earth was captured because of the slow-down movement and became a moon. After millions of years, again because of the obstacle presented by the cosmic ice, this moon on its orbit around the earth came so close to the earth that it was pulled down and crashed on the ground. This caused a world catastrophe. After millions of years another planet was captured, after more millions of years it also crashed on the earth and so on. ..

“The views expressed in Worlds in Collision, which hold that the geologic ages must have been much shorter (with all the implications for the theory of evolution), are diametrically opposed to Hoerbiger’s theory.

“In two or three instances where I used a source learned by me from Hoerbiger or Bellamy, his interpreter, I gave the proper credit by indicating book and page.”[2]Immanuel Velikovsky, Letter to the New York Times, June 25, 1950, Sunday. Section: The Week In Review, Page 128 [3]Immanuel Velikovsky, “Precursors“, Collected Essays, at The Velikovsky Archive.