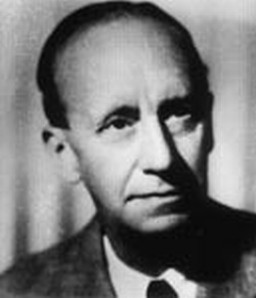 Frederick Lewis Allen (July 5, 1890 Boston, Massachusetts – February 13, 1954 New York City) was the editor-in-chief of Harper’s Magazine who first requested publishing articles on Velikovsky‘s Worlds in Collision before the book’s publication in April 1950. The article, “The Day the Sun Stood Still” by Eric Larrabee appeared on the January 1950 issue of Harper’s.

“On March 18, 1949, one year before the publication of my book, Frederick L. Allen, editor in chief of Harper’s Magazine, a century-old journal of great tradition, wrote to the author of Worlds in Collision, whom he had never met:

Two or three years ago when I first heard Jim Putnam tell about the thesis of your book, I was fascinated; and a few months ago when I heard that the book was in proof I asked Mr. Putnam if we might see a set of galleys here at Harper’s with the idea that possibly this Magazine might be able to publish some of the material serially before this book came out. Mr. Putnam let us look at the galleys; our editors here were fascinated and one of them, Mr. Larrabee, prepared one of the two excerpts which we hoped to publish in a sort of condensed version of part of the book.

[..] We think it should be possible, by eliminating some of the details in your account of what happened, to get out of the book two rather long articles–of something like six to eight thousand words apiece–which would demonstrate your thesis while not attempting to introduce all the evidence that is produced in the book. For the right to publish two such articles, if approved by you, we should be glad to pay $600.00, or $300.00 for each one. Our hope would be to bring out these articles just before book publication and it is our experience that the serial publication in such cases helps rather than hinders the sale of the book, as I think Mr. Putnam will agree.

“Frederick L. Allen, editor-in-chief of Harper’s Magazine, sought authorization to present a two-article synopsis of Worlds in Collision and had Eric Larrabee, then an editor on the Harper’s staff, prepare a tentative condensation from galley proofs. Allen wished to submit this for approval, but Velikovsky did not respond to the proposal for more than six months. In the fall, however, after more urging, he agreed to see Larrabee to discuss a one-article presentation of his theme; Larrabee then rewrote his piece completely.

“Larrabee’s article, ‘The Day the Sun Stood Still’, appeared in Harper’s for January 1950. The issue sold out within a few days, and so great was the demand from readers that a number of dailies both here and abroad reprinted Larrabee’s text in full.”[2]Ralph E. Juergens, “Minds in Chaos: The Evidence from Mariner II” in Alfred de Grazia (ed.), The Velikovsky Affair, 2nd Edition 1978. Online at the Grazian Archive

“.. Frederick Lewis Allen told Velikovsky that the article would only be used if it were accompanied by a rebuttal from qualified specialists. Velikovsky agreed on condition that he be given the final word. But it took months for Harper’s to find a suitable establishment figure. The magazine invited Shapley, who suggested Otto Neugebauer instead; Neugebauer apparently encouraged Stewart to enter the lists since Stewart had debated Velikovsky early in 1951 at a regular Princeton Presbyterian discussion. So Stewart received Velikovsky’s general “Answer to My Critics” and drafted his reply, using arguments provided by Neugebauer, Payne-Gaposchkin, and Shapley, and citing Conant’s recent definition of science to support his position. Then Velikovsky answered Stewart’s charges. (21)[3]I. Velikovsky, “Answer to My Critics,” Harper’s 202 (June, 1951), pp. 63-66. Reprinted in Pensee 3:3 (1973). The triptych was presented in its entirety in the June 1951 Harper’s.”[4]Duane Vorhees, “Worlds in Collision: Reviews and Reviewers”, Aeon III:6 (Dec 1994)