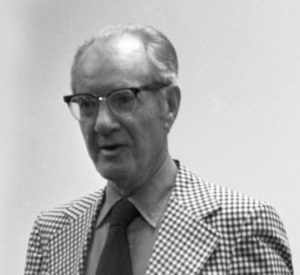 Doubleday who published Velikovsky’s books, had Whipple withdrew his text books from one their subsidiary’s.[3]Henry H. Bauer, Beyond Velikovsky University of Illinois Press, 1999, ISBN 0252068459 (page 58)

“… Oddly enough, in its anti-scientific account of the book, Newsweek has unwittingly done the Doubleday Company a considerable amount of harm. They have made public the high success of the spontaneous boycott of the Macmillan Company by scientifically minded people … In any case, since I believe that the Blakiston Company is owned by the Doubleday Company, which controls its policies as well as the distribution of its books, I am now then a fellow author of the Doubleday Company along with Velikovsky. My natural inclination, were it possible, is to take Earth, Moon and Planets off the market and find a publisher who is not associated with one who has such a lacuna in its publication ethics. This is not possible, however, so the next best that I can do is to turn over future royalty checks to the Boston Community Fund and to let Earth, Moon and Planets die of senescence. In other words, there will be no revision of Earth, Moon and Planets forthcoming so long as Doubleday owns Blakiston, controls its policies and publishes Worlds in Collision.”[5]Horace Kallen, “Shapley, Velikovsky And the Scientific Spirit”, Pensée Vol. 2 No 2: (May 1972) “Immanuel Velikovsky Reconsidered I”

Velikovsky himself claimed that:

“As for a new edition of Earth, Moon, and Planets, I expressed my doubt whether in a few years from then it would be possible to do it without incorporating some facts documented in Worlds in Collision. ..”

“My prediction that a new edition of Earth, Moon, and Planets, should there be one, would require the incorporation of some facts in astronomy that found their reflection in folklore as described in my book was fulfilled with a speed I had not expected. Only four months later, in the October 1950 issue of the Astronomical Journal,[6]Whipple, Fred L.; Hamid, Salah El-Din, “On the origin of the Taurid meteors“, Astronomical Journal, Vol. 55, No. 1286,p. 185. (October 1950) appeared a paper by Dr. Whipple in which he, on the basis of computations, postulated worlds in collision only 1,500 and 4,700 years ago, when a comet collided with and disrupted the planetoids that revolve by the thousands between the orbits of Mars and Jupiter.”[7]Immanuel Velikovsky, “The Threat”, Stargazers and Gravediggers 1983 William Morrow and Company, ISBN 0-688-01545-X

Twenty years after the publication of Worlds in Collision, Whipple wrote to Clark Whelton (July 2, 1970):

“With regard to Mr. Velikovsky’s Worlds in Collision there is no change in my attitude or in the situation since the book was first released nearly a decade sic ago. There is no truth to allegations that I sought to dissuade the Doubleday Company from publishing this book or any other book …”[8]Ibid. kallen 1972