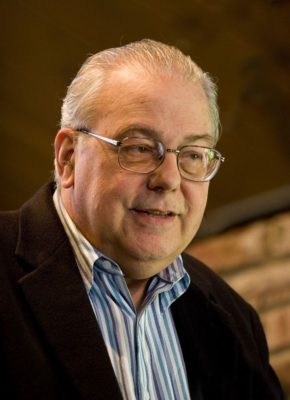 Based on an invited address given in 1974 at the McMaster University symposium on “Velikovsky and the Recent History of the Solar System”, Morrison’s paper notes:

“I should emphasize at the outset that the issue of conflict between Velikovsky and orthodox astronomy and geology is not catatrophism per se. It is obvious that the surfaces of the moon and planets have been scarred by tremendous explosions resulting from meteoric impacts; and terrestrial geologists have increasingly recognized in recent years the dominant role of sudden and violent events, such as volcanic eruptions and massive flash floods, in molding the surface of the Earth. Even in the field of celestial mechanics, there is no doubt about the occurrence of collisions among asteroids today, and among many more planetesimals at the time the solar system was forming. Further, it is not clear whether the orbits of the planets have always been where they are today, or whether subtle gravitational and tidal effects might not over hundreds of millions of years have altered the shapes of orbits significantly. The problem with Velikovsky’s hypothesis is one of time scales .. It is this concept of exceedingly recent catastrophism that separates Velikovsky so dramatically from the mainstream of science..”[3]Ibid. morrison