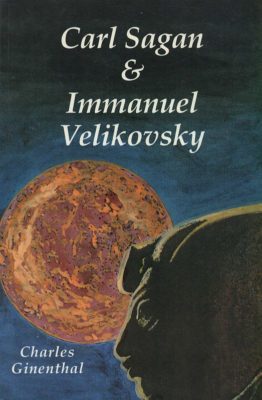 Carl Sagan and Immanuel Velikovsky is a book (1995) by Charles Ginenthal, who gives his views on Carl Sagan‘s criticisms of Velikovsky’s work. Ginenthal states:

“Dr. Carl Sagan, a professor of astronomy from Cornell University, a well known public personality and writer of popular books of science, in 1974 at a symposium of the American Association for the Advancement of Science (AAAS) delivered a paper, “An Analysis of Worlds in Collision“. This paper was later edited and presented in a book, Scientists Confront Velikovsky, published by Cornell University Press. The paper was further edited and presented in Sagan’s book Broca’s Brain, under the title “Venus and Dr. Velikovsky”. Sagan’s paper is a critique of Immanuel Velikovsky’s book Worlds in Collision.

“Having read Velikovsky, I also read Sagan’s paper; I thereafter discovered that a group of scientists and scholars had written critiques of Sagan’s analysis. After reading these criticisms I began a search of the literature and over a period of time I became convinced that Sagan’s critique lacked substance. Most surprising was the number of statements made by Sagan that proved to be clearly untrue. Further reading reinforced this discovery of the glaringly unscientific and unscholarly quality of Sagan’s paper. What was much worse, was that it was difficult to imagine that even Sagan was unaware of the misrepresentation of evidence presented as scholarly criticism by him and offered to the public.”

“.. the realization struck that Carl Sagan’s criticisms had been uncritically read by a wide audience. This was soon discovered to be the case among friends and relatives. Seemingly, they had all read Sagan’s side, but not Velikovsky’s. With little or no scientific background with which to judge, they had accepted Sagan’s word on all matters. It was then that I conceived the idea for this book. It is hoped that reading the other side will permit laymen to clarify the issues.”[1]Charles Ginenthal, Carl Sagan and Immanuel Velikovsky, 1995 New Falcon Publications, 448pages. ISBN 1-56184-075-0. $16.95. Paper bound. Web page (retrieved Oct 28, 2008 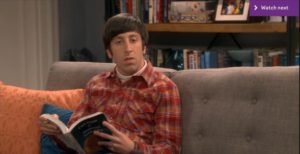 An interdisciplinary scholar * Tales of upheaval * The cometary ‘newcomer’ * A case of professional hysteria * Looking for velikovsky’s comet * What is science? * Religion, astrology, superstition * How science operates * Peer review * The origin of craters

Originality and predictions* Sagan and gravity

Ancient observations* The birth of Venus * Jupiter catches comets * The Oort cloud * Explosion * Energy * Big comets * Escape velocity * How long ago? * Other astronomers and comets * It has never been observed