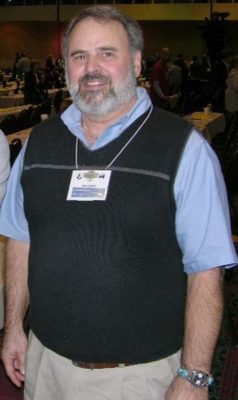 Robert Todd Carroll (May 18, 1945 – August 25, 2016) (Ph.D. University of California at San Diego) was the writer and editor of The Skeptic’s Dictionary. He was a professor of philosophy at Sacramento City College until 2007, and his book, Becoming a Critical Thinker was published by Pearson in 2000. On Immanuel Velikovsky‘s Worlds in Collision, he writes:[1]Robert Todd Carroll, “Immanuel Velikovsky’s Worlds in Collision” at the The Skeptic’s Dictionary, retrieved Nov 21, 2008

“What Velikovsky does isn’t science because he does not start with what is known and then use ancient myths to illustrate or illuminate what has been discovered. Instead, he is indifferent to the established beliefs of astronomers and physicists, and seems to assume that someday they will find the evidence to support his ideas. He seems to take it for granted that the claims of ancient myths should be used to support or challenge the claims of modern astronomy and cosmology.”

“It is not surprising that when one thumbs through any recent scientific book on cosmology, no mention is made of Velikovsky or his theories. His disciples blame this treatment of their hero as proof of a conspiracy in the scientific community to suppress ideas which oppose their own. Even now, more than fifty years later, after all of his major claims have been rejected or refuted, Velikovsky still has his disciples who claim he is not being given credit for getting at least some things right.”