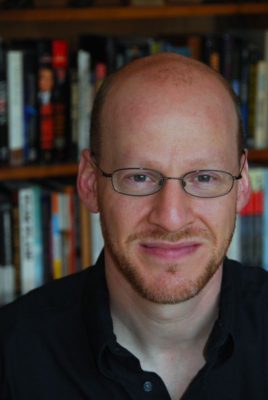 Astronomer and skeptic who has criticized Velikovksy

Dr. Philip Plait (a.k.a. The Bad Astronomer) is an astronomer and skeptic who runs the website BadAstronomy.com. His book of the same name, Bad Astronomy (2002) includes a chapter “Worlds in Derision: Velikovsky vs. Modern Science.”[1]Philip C. Plait, Bad Astronomy: Misconceptions and Misuses Revealed, from Astrology to the Moon Landing “Hoax”, March 2002, ISBN:978-0-471-40976-2, 288 pages In 2008, he became President of the James Randi Educational Foundation.[2]Randi’s big shoes to Phil from Bad Astronomy Discover Magazine He received his Ph.D. in astronomy from the University of Virginia in 1994 with a thesis on supernova SN 1987A.

“As you might guess, I disagree with Velikovsky. I’m not alone; nearly every accredited scientist on the planet disagrees with him as well. There’s good reason for this: Velikovsky was wrong. Really, really wrong. The astronomical events he describes are not so much impossible, as they are fantastically impossible — literally, they are fantasy”.[3]Philip C. Plait, Bad Astronomy: Misconceptions and Misuses Revealed, from Astrology to the Moon Landing “Hoax”, March 2002, ISBN:978-0-471-40976-2, 288 pages. Page 175

On his Web blog, Plait wrote:

“I wrote a chapter in my book about V’s theories, and could easily have written a whole book on just his terrible astronomy claims. I can’t remember a single thing V said in his book “Worlds in Collision” that was astronomically correct. It’s an astonishing collection of rampant wrongness. For more info, see here, or here, or here.”[4]Phil Plait, “In this corner, science…” March 28th, 2005 9:57 at Discover Magazine Blogs / Bad Astronomy

“.. scientists .. routinely dismiss Velikovsky by saying “This idea is absurd,” and, on the strength of that statement alone, move on. This is, in fact, Phillip Plait’s reaction to Velikovsky’s work in his article, ‘Worlds in Derision: Velikovsky vs. Modern Science.'[5]Philip C. Plait, Bad Astronomy: Misconceptions and Misuses Revealed, from Astrology to the Moon Landing “Hoax”, March 2002, “Worlds in Derision: Velikovsky vs. Modern Science“, ISBN:978-0-471-40976-2, 288 pages. pp.174 In this essay, Plait attacks catastrophism, not by presenting any proof of his own, but by dissecting six of Velikovsky’s central pieces of evidence. Predictably, Plait ignores valid arguments supporting each of Velikovsky’s theoretical constructs and, instead, simply dismisses the evidence with a few words of disdain. Plait’s plan of action, taking bits and pieces of Velikovsky’s theory and attacking those parts individually, is both unfair and ineffective.”[6]Paul Sukys, “Velikovskian Catastrophism: Science or Pseudoscience?”, SIS Chronology and Catastrophism Review, 2006. pp.6. ISSN 0953-053

“Like almost every other critic of Velikovsky, Plait misquotes him and then proceeds to explain why what he thought Velikovsky said was impossible. .. He mentions Velikovsky’s theory that the Earth turned upside-down during the Exodus event, and then, on p. 180, says ‘Velikovsky would have us believe that another pass of Venus twenty 24 hours later flipped the Earth back up the way it was’. It is this double inversion within 24 hours that he suggests ‘to put it very mildly is pretty unlikely’. However, Velikovsky never suggested that the Earth experienced a double inversion within 24 hours.” (Emphasis in original) [7]Peter Fairlie-Clarke, “Letters”, C&C Review 2004:3 (Incorporating C&C Workshop 2004:4)