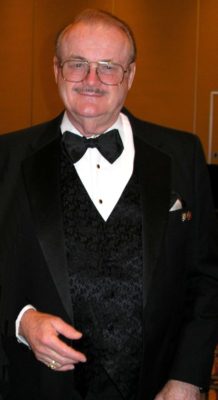 “My own views have not much changed. Velikovsky was dead wrong, but the Velikovsky Affair showed some serious problems with Big Science’s abilities to cope with radical ideas. Velikovsky’s value, such as it was, was to get people thinking about catastrophe in the Bronze Age.”[2]Velikovsky Affair at jerrypournelle.com

“I recall many years ago Stefan Possony got me interested in The Velikovsky Affair. .. Steve was interested in the Velikovsky affair not because he really cared whether Velikovsky was right, but because of the vehemence with which Big Science attacked the old man. As a result I spent a good bit of time looking into Velikovsky’s claims. In doing so I found that in general of the scientists who made any attempt to look at him with an open mind, the astronomers thought his astronomy was whacko, but his archeology was sound; while the archeologists thought his archeology pretty silly, but admired his astronomical thinking.”[3]Ibid. Pournelle

“Eventually I came to the conclusion that not only was Velikovsky wrong, but he would stoop to something close to fraud, although I may be the only person who noticed one of the instances of that: Velikovsky “predicted” in one of his books that Linear B would prove to be Achaean Greek, a startling prediction for the time. Now, I find, he didn’t make that claim in the original manuscript of his book, but added it in galley proof: which is to say, he added it just after Michael Ventris, who proved that Linear B was in fact Mycenaean, had circulated his newsletter-formatted “Mid Century Report” — and Velikovsky had seen a copy although he never acknowledged that in any way. Now it was astute of him to realize early on that Ventris was right, but that’s not quite the same as reaching the conclusion from within his own premises, which in fact had to be mildly strained to let him derive that conclusion. ..”

“There were other instances in which Velikovsky turned out to have appropriated the conclusions of others without acknowledging them; and some of his archeology turns out to be just plain dead wrong.”[4]Ibid. Pournelle

“When speaking to the Princeton Forum in October 1953 I did not know that a young English architect was by then on the verge of publishing the solution to the riddle of the Linear B script. Only six months passed since my addressing the Graduate Forum, and the April 9, 1954 front page news of The New York Times made known the exciting performance of decoding Linear B by Michael Ventris. The ancient script “that for the last half century and longer has baffled archaeologists and linguists has been decoded finally—by an amateur.” Ventris, an architect and “leisure-time scholar of pre-classic scripts,” served as a cryptographer during World War II. The script that had been tried without avail in a variety of languages—Hittite, Sumerian and Basque among others—was found by Ventris to be Greek.”[5]Immanuel Velikovsky, “Linear B Deciphered“, The Dark Age of Greece (unpublished). Online at the Velikovsky Archive

“When embarking on the task of deciphering Minoan Linear B, Ventris expressed his belief that it was not Greek—he worked on the premise that it was Etruscan; the inquiry (30)[6]Michael Ventrism “The Languages of the Minoan and Mycenaean Civilizations” or “Mid-Century Report” (New Year 1950), with contributions by E. L. Bennett, Jr; H. T. Bossert, G. P. Carratelli, V. Georgiev, E. Grumach, K. Ktistopoulos, Sir John Myres, E. G. Peruzzi, F. Schachermeyr, J. Sundwall. that he sent out to a large number of classicists in 1949 as to the probable language of the script did not bring even a single answer favoring Greek.”[7]”New Evidence for Ages in Chaos“. Online at the Velikovsky Archive