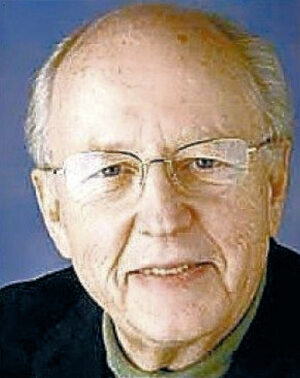 David Charles Stove (15 September 1927 – 2 June 1994), was an Associate Professor and Australian philosopher of science at at the University of Sydney. He used the phrase “scientific mafia” to describe some of Velikovsky’s critics,[1]*”The Velikovsky Story: The Scientific Mafia“, Honi Soit, September 7, 1967 (delivered before the Aristotelian Society in Sydney). Republished in Pensée Vol. 2 No 2: (May 1972) “Immanuel Velikovsky Reconsidered I”. Online at Kronia.com and presented and published papers on Immanuel Velikovsky, who’s theory he has summarised as “impossible”:

“On the face of it, to assess the evidence for Velikovsky’s theory would seem to require the competence of an astronomer, a historian, and a geologist, at least. I possess none of these competences (only an amateur interest in astronomy and its history, and a professional interest in scientific method); and I felt very uneasy about undertaking to assess the evidence. Consequently I was greatly relieved to read the statements of various astronomers that Velikovsky’s theory can be excluded on astronomical grounds of an elementary and not at all technical kind. It was not at all obvious to me, I must admit, that Velikovsky had told an impossible story, but I was prepared to be shown that he had; and I looked forward with equanimity to seeing him annihilated.”[2]David Stove, “Velikovsky In Collision”, Quadrant 8 (4), Oct/Nov 1964: 35-44; Abridged and reprinted in Kronos Vol. VI No. 3 (Spring 1981)

“Many of Velikovsky’s assailants, it is clear, would explain and excuse their words and deeds on the ground that they were dealing with something on a par with the flat-earth theory, or a geocentric theory of the solar system. One hostile review, for example, was headed “Copernicus, who was he?” It should have been evident to the most superficial reader that Velikovsky’s theory is not on a par with such things. But the main point is rather that if it were, this would make the scientists’ reaction harder to explain, not easier. There would have been no need for the book to be noticed at all.

“One fact that I have no doubt played some part in determining the scientists’ reaction is that Velikovsky is an amateur, a “downtowner”. The importance of this circumstance can be appreciated only by those who know what feelings the university department of ___________ entertains in most cases for the downtown Society for _________, and especially for its more eccentric adherents.

“Another, and probably still more important contributory fact, must have been that Velikovsky is a spectacular transgressor of the boundaries between disciplines. He presumes to teach history to historians, geology to geologists — and so on indefinitely — as well as astronomy to the astronomers. Border-jumping, as is well known, is a thing detested in the intellectual world.”[3]Ibid. stove 1964

“There are certain observations I want to make which are quite independent of the question whether Velikovsky’s theory is true.

“First, on the reception of the theory, and the light this throws on the intellectual and moral quality of contemporary science, and contemporary life.

“Consider how different the reception of Velikovsky’s work would have been if it had been Christian fundamentalism, say, or fashionable French metaphysical anthropology. Or psychoanalysis; suppose Velikovsky had interpreted the folklore of catastrophe as distortions of infantile or intrauterine experience. Of course it would have gone down smooth as silk! You could get degrees in it by now. Think about that.

“Consider, again, how different the reception would have been if Velikovsky had produced a work of literature. Who can imagine science professors conspiring to suppress an avant-garde play or novel, however vicious or insane its contents? Far from it, they would be scandalized by any such attempt at censorship, and would rally to the author’s aid. You think about that! C. P. Snow was wildly wrong here: scientists have not succumbed less than the rest, but if anything more, to the aesthetic propaganda of the present century. The treatment accorded to Velikovsky is one of the pleasant fringe-benefits we get from 50 years of popular preaching in praise of art.

“But it is on professional science itself that the case throws the most revealing light. We all grizzle about specialization, professionalization, departmental-empire-building, etc. But unless and until you read the details of this case, you can have no idea of the pitiless ferocity or the organizational muscle that organized science can display. Talk about the “military-industrial” complex! We need a Wright-Mills to begin to do justice to this almost unacknowledged locus of power in modern society. The great Italian probability-theorist, de Finetti, speaking in 1964 about Velikovsky’s case, compared the scientific complex to a “despotic and irresponsible Mafia.”

“Second, some brief observations arising from the theory itself, but still independent of its truth.

“One is this, that if anything remotely like Velikovsky’s theory is true, what vistas it opens up for the whole study of religion, and of the fear of the skies in general! (Though Velikovsky himself never says a word about this.)

“Another is this. If anything remotely like Velikovsky’s theory is true, the whole range of humanistic studies, classics, history, archaeology, psychology, anthropology takes on an entirely new interest, through being brought into living connection with astronomy and the earth sciences. The 18th century convinced men that old books–the Bible, etc.–were “literature.” Thereupon mankind quite properly lost interest in them. Now, however, it becomes possible to regard them as something else; and suddenly old books are important again.”[4]*”The Velikovsky Story: The Scientific Mafia“, Honi Soit, September 7, 1967 (delivered before the Aristotelian Society in Sydney). Republished in Pensée Vol. 2 No 2: (May 1972) “Immanuel Velikovsky Reconsidered I”. Online at Kronia.com

On Velikovsky the man

“Who is the most important thinker of the present century? Einstein, many would say. I am too ignorant, unfortunately, to judge whether that is true. Change the question a little: which thinker is the most important for the light he has thrown on human and terrestrial affairs? Freud? Wittgenstein? Konrad Lorenz? These answers I can judge, and I do not agree with any of them. My answer is, Immanuel Velikovsky.”[5]”Velikovsky becomes respectable”, Quadrant 27 (10) (Oct 1983): 75-76. Reprinted in Kronos 9:3 (Summer 1984)